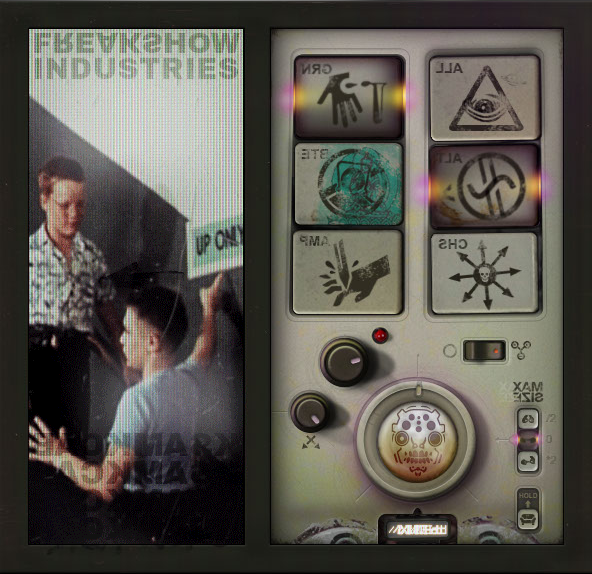 If one applied the Dungeons & Dragons Alignment System to audio startups, Freakshow Industries would definitely be plotted as Chaotic Good. The audio effects company allows users to steal its first plug-in, Backmask, which aligns with a general mission of good-natured disruption against order .

On its website, Freakshow states, "We believe that people who would buy software will buy software and we would rather give you our effects directly and unencumbered by archaic DRM." The company, which has a Burlington tie, adds that prefers not to send users "into the dark corners of the internet to grab questionable or altered versions of our work."  The theory is that offering freebies will encourage satisfied users to support the company by buying merch or other programs.  The statement concludes: "We believe that trust, generosity and goodwill are principles worth taking a chance on and so we put our continued existence into your very scary hands."
Freakshow's motto is "Audio Effects For The End Times,"  and they certainly dance on the grave of numerous conventions. The company's founders are audio industry veterans who formed Freakshow to "lovingly and repeatedly combat creative stagnation in the face, opening portals to new and unique sounds with exceedingly affordable audio product."

One of the founders, former Soundtoys employee Jasper Duba, is based in Burlington. Duba is the kind of modern renaissance man you'd expect to hide out in Vermont — he hunts mushrooms and throws pottery in his spare time.
Freakshow's first release, Backmask, is a chaotic reverse effect that appears to have been made by Rick Sanchez, the alcoholic scientist from the Adult Swim animated series "Rick and Morty." The interface is intuitive, with the emphasis on experimentation; basically half the fun is figuring what the controls actually do.

Backmask functions as a sample reverse with multiple effects options. But beyond that, Audiopluginguy.com describes it as "the most conceptual plug-in we've seen."

Don't let its eccentric design deter you from trying it: Backmask is actually super fun and fairly easy to create useable sounds with. The overall aesthetic is damn refreshing in an industry dominated by sterile design. Instead of technical explanations or comparisons to classic equipment, Freakshow's website offers mostly warped demo videos with a nihilistic sense of humor.