Joke of the Week: The Circle of Life | Live Culture

Joke of the Week: The Circle of Life 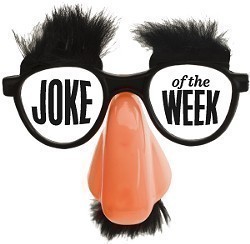 It's Monday, which means it's time for your weekly dose of locavore levity: the Joke of the Week! This week's joke comes from Burlington's Josh Star. Take it away, Josh…


I got a call the other day that my rescue dog killed another raccoon. My dog is a loving snugglebunny, but if she sees a raccoon she's like, "I hate you, get in my mouth!"

She actually kills a raccoon by dragging it to the nearest body of water and drowning it like an assassin. It can be really upsetting, but I try to keep some perspective. One hundred to 200 years ago, I would have been like, "Hey, guys, my dog murdered another raccoon today and check it out … new hat!"

Says Star: My wife and I love our dog. But, man, we did not know what we were getting ourselves into when we got her. She once got away from me and I then watched helplessly as she murdered a raccoon by moonlight by drowning it. And then I heard the forlorn cries of its mother/mate/sibling. It was the most metal thing I have ever witnessed; terrifying, upsetting, and it stuck with me for a long time.

At the same time, it was some window into a part of nature that I can comfortably ignore whilst still enjoying chicken wings from time to time.
Like most decent jokes that I write, this came from from a place of darkness that needed some light. Thanks, comedy!

Josh Star has been performing for more than six years in the great state of Vermont. Though he's been somewhat less active in recent months, he says it's been a wild ride, and that he wouldn't trade it for the world.

"I have a kid now, so I can't really go for comedy as a career with the same gusto as some of my talented colleagues can," says Star. "Still, I take great comfort and joy in knowing that I will (hopefully) be doing it for the rest of my life."

Star's career highlights include placing second in the 2016 Vermont's Funniest Comedian contest and featuring for Kyle Kinane at the Vermont Comedy Club.

Star headlines the Comedy & Crepes showcase on Monday, August 28, at the Skinny Pancake in Burlington. He'll also perform on Friday, September 15, at the Groennfell Meadery in Colchester. Look for his "cousin," comedian Carl Cashman, at the 2017 Vermont's Funniest Comedian contest, which runs Wednesday through Saturday, September 6-9, at the Vermont Comedy Club in Burlington.