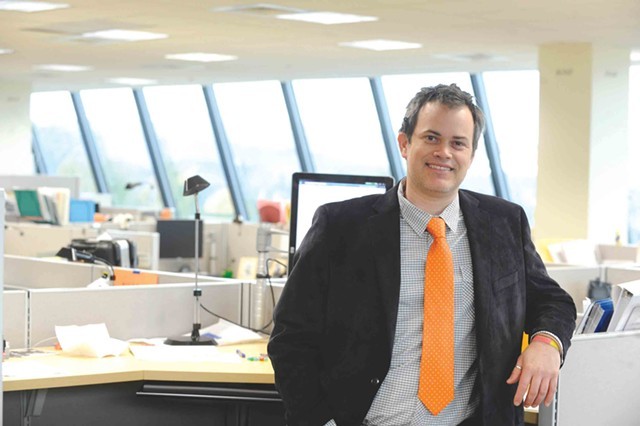 Burlington's Generator has announced that executive director Lars Hasselblad Torres "has moved on to pursue other opportunities."

Torres has led the emerging maker space for two and a half years, during which time the facility moved from Memorial Auditorium to the South End. While the board looks for a new director, founding board member Michael Metz will serve as interim director.

"Throughout his tenure," a press release by board member Dan Harvey reads, "Lars oversaw some important growth in membership, programs and partnerships, and managed the move to our new home at 40 Sears Lane in Burlington. We thank him for his contributions and wish him well."

Torres was unable to comment this post when reached on Friday afternoon. On his Facebook page, he wrote, "Friends, I have summarily become a freelancer," and asked if anyone had leads on potential jobs.

This post will be updated as information becomes available.

Clarification, July 23, 2017: This article previously indicated portions of the Generator website were taken down; that was due to a technical problem and unrelated to Hasselblad Torres' departure.