The Off Center Reaches a Fundraising Goal, But the Drama Isn’t Over | Live Culture

The Off Center Reaches a Fundraising Goal, But the Drama Isn’t Over

Last week, Off Center for the Dramatic Arts concluded its first fundraiser in two and a half years. The 65-seat black box theater in Burlington’s Old North End is an incubator for original works by theater artists of all stripes. But since it opened in 2010, it has struggled to keep its proverbial head above water, financially speaking.

The recent fundraiser was modest but successful: The OC topped its $5,000 goal by $32.68. Cofounder and director Paul Schnabel the money was for “a general fund. Right now we don’t have a specific project [the money] is going to, just paying rent.”

Normally, income from renting the space for productions covers the cost of the lease in the North Winooski Avenue building. Monthly fees, which include rent and utilities, come out to $1,900 to $2,200 a month, Schnabel says. A weeklong rental fee is $750.

In May, three separate events took place at Off Center, the most in any single month so far this year. So it’s easy to see why recent times have been tough — and the place is dark more nights than not during the summer.

But it’s not all skulls and crossbones for the OC (though a play about pirates is forthcoming). Thespians will continue to tread the boards for as long as Schnabel and his cohort of volunteers continue to give their time — and pay the bills.

The most recent action on the OC stage, which ran concurrently with the fundraiser, was the Spring Open Artist Showcase. That event featured four acts over two weekends — actually if you count the five 10-minute plays shown in the Vermont Playwright Circle’s time slot.

Raising money around or during productions is a familiar pattern for any theater. OC’s last campaign was in early 2015, prior to the Original Content @ Off Center series that was organized by a collaborative group of theater artists and companies. Via Kickstarter, the nonprofit raised $28,730 for the 13 original shows staged throughout the year.

Schnabel is the sole founder left running the venue. When OC began, the team included playwright Steve Goldberg and actors John Alexander and Genevra MacPhail. After the flurry of activity in 2015, Schnabel says that the group of theater artists seemed to have “all blown their wad in that one year.” No similar season was scheduled for 2016.

With the waning and income, Schnabel realized he could no longer run Off Center by himself. So, last summer he sent out an email asking for help. “I just wrote to people who had a strong showing at the Off Center in the past,” he recalls. “I cast a decent-sized net out, and people jumped on board.”

It was then that the nonprofit switched to a collective management structure with an all-volunteer working board. 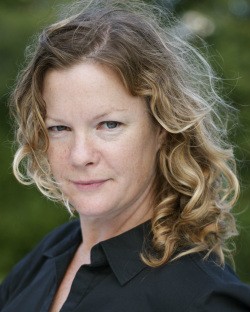 One of those new members is actor Chris Caswell, who organized the recent fundraiser. “It’s pretty much all fallen on Paul’s shoulders for years now,” she says. “Paul is great, but he really does need help. So [we’re] just trying to ask him what it is he needs.” Caswell says the current 13-member board is still “trying to iron out the exact governance.”

She took on the job of development about a year ago, simply by raising her hand. “In a I said someone should be in charge of if nobody else wants to,” she says. No one else wanted to. Luckily, Caswell feels comfortable in her new role. “I believe in the space, so I’m not afraid to talk it up. It’s easy to tell the story of Off Center,” she says.

In light of its financial challenges, a new chapter in that evolving story involves opening up the venue not only to “wacky” original theater, as Caswell dubs but also to any other performer that might benefit from using the space — especially in the slow summer months.

That includes everything from avant-garde music to educational videos. In May, French-Austrian duo Isabelle Duthoit and Franz Hautzinger staged an improvisational music performance. Later that month, Ethiopian artist and managing director of One Love Theater Behulum Graffiti presented art and video about the progressive East African theater company.

But that doesn’t mean OC is transitioning to a conventional events venue — it’s still very much a theater with a specific agenda.

“We want to support [thespians] making big artistic choices,” Caswell says. “If you’re not sure it’s going to fly and you want to give it a try, especially in the summer, it’s a great time to do it.”

Since the hot months generally attract smaller theater crowds, she adds, “We’re willing to make a deal.” Schnabel confirms that flexibility, saying, “We’re always willing to talk — but the deal really is our current rate.”

For comparison, rates at the FlynnSpace on Main Street — which has about 120 seats — start at $695 for one performance and $310 for a rehearsal. That’s not affordable for many artists, especially the emerging and experimental ones who might show work at the OC. And when artists rent the space from Schnabel, they have it for the whole week. “I give you the key and you own the space,” he says.

Moreover, Schnabel claims that the venue is “one of the few places [in Burlington] where an artist can make money. When the OC really works, it’s like a tiny economic engine built for artists.”

He illustrates with some simple math. Say an artist charges $15 a ticket for a three-night run of a play. If even 50 people show up each night, the revenue is $2,250.

Of course, it doesn’t always pan out that way. This reporter has been to more than one OC performance with closer to 10 people in attendance.

So far this summer, the OC website doesn’t indicate much in the way of public performances. However, until July 15, Hour-Glass Youth Theatre is using the space for rehearsals and a performance of A Midsummer Night’s Dream. Hour-Glass is a production company with a Shakespearean focus founded by Champlain Valley Union High School graduate Lauren Palmer.

Schnabel is particularly excited for that last one. “It will be quite an extravaganza,” he enthuses. “They’re going to redesign the lobby and dressing rooms, [and] the whole space is going to be a part of the performance.”

Meantime, if the current lack of summer listings is worrisome, fans of the OC shouldn’t despair. Schnabel hints that a few options may yet be in the works.