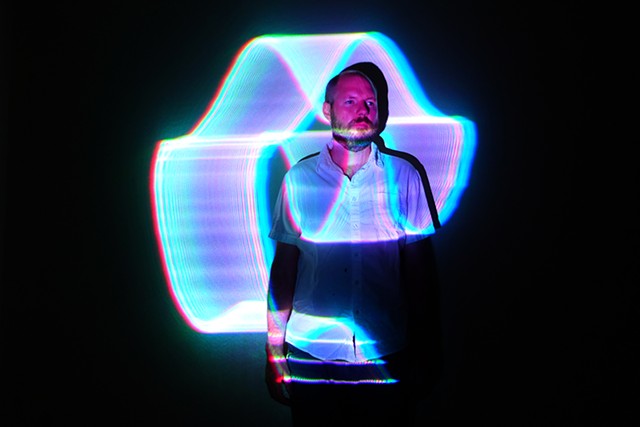 Since October 2016, experimental and avant-garde musicians from all over North America have presented their work as part of the bimonthly music series Signals. Local sonic innovator Greg Davis curates and hosts the series in conjunction with local creative audio software company Soundtoys. Brooklyn-based composer Koen Holtkamp is next on the docket and performs this Saturday, April 15, at Soundtoys' Hood Plant location in Burlington.

Holtkamp is known for sprawling, glitchy synthesizer compositions, both as a solo artist and with Brendan Anderegg as part of the duo Mountains — though Mountains incorporate a number of acoustic sounds on their latest release, Centralia. Holtkamp recently created Surface Patterns, an interactive art installation that directs users through a series of mental states using haptic stimulation (vibrations) and ambient lighting.

For his Signals performance, Holtkamp will unveil a new audio-visual piece that incorporates 3D lasers, virtual instruments and modular synths. The piece has never been staged outside of New York City.

Signals is meant to be an edutainment experience. Davis facilitates a question and answer period with the artists at the end of each performance.

It's a free show, but space is limited.