Joke of the Week: Making a Scene | Live Culture

Joke of the Week: Making a Scene

April 10, 2017
It's Monday, which means it's time for your weekly dose of locavore levity: the Joke of the Week! This week's joke comes from Burlington's Nilima Abrams. Take it away, Nilima… 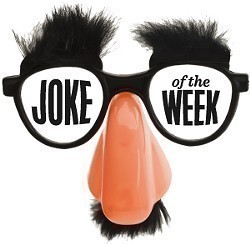 Ostensibly about protecting women, the laws are more akin to a kindergarten teacher saying no one can eat cupcakes unless there are enough to go around.

So, prostitutes should set up a camera and, if there is a raid, just say, "Officer, we're filming a scene! Don't worry, we'll send you the URL."

Says Abrams: This came out of a conversation with a friend about societal inconsistencies. I tell it in sets tied together with other things that don't make sense about society.

Nilima Abrams likes to combine humor with social commentary and good causes. While fairly new to standup, she loves the medium and uses similar sensibilities to make word plays and designs as cartoons for T-shirts, etc. She also works in documentary film, which is often serious, so she finds comedy is a great counterbalance.