Joke of the Week: Murder, He Wrote | Live Culture

Joke of the Week: Murder, He Wrote

April 03, 2017
It's Monday, which means it's time for your weekly dose of locavore levity: the Joke of the Week! This week's joke comes from Burlington's Kendall Farrell. Take it away, Kendall… 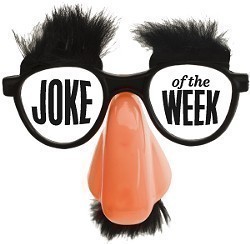 Says Farrell: Watching a ton of crime shows made me realize that I'm maybe a terrible person. I've been working on this joke for probably about a year now. I do a much longer version when I'm onstage.

Kendall Farrell is a Burlington-based comedian. He was the 2015 winner of the Vermont’s Funniest Comedian competition at the Vermont Comedy Club and a 2016 finalist for the Seven Daysies ‘Best Standup Comic,’ a reader’s choice award.