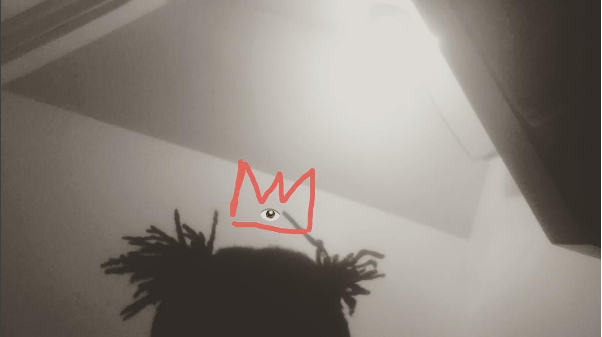 Hello again, humans. You may have guessed that I have a love for "internet music." The concept of unsigned musicians experimenting with genre and generally not giving a heck about antiquated standards of production excites me. It's even more exciting to discover such forward-thinking musicians from Vermont randomly on the internet.
Recently, I was walking by SideBar in Burlington and heard some beats emitting from the doorway that made me stop and exclaim, "What in tarnation?!" Not only were this mystery DJ's song choices super relevant, but they flowed together in a groove that was natural and easy. These were not tired house beats that inspire dancers to awkwardly move as if they are petting invisible cats. The set had evolving bass lines and eclectic energy.

The DJ that night was DJ Rife, aka Burlington's Jérémie Meli. Much to my satisfaction, I discovered that Meli also produces a ton of cloud beats as Jay//Attik.

A low-key guy, Meli has been uploading beats to SoundCloud multiple times a week for a couple of years. His production relies on a comfy blend of nostalgia and forward motion. It's experimental, in the fundamental practice of methodically combining elements to form a new compound. So many samples and so little time, am I right?

One of the best aspects of listening to an infinite beats playlist is secretly rapping to them in your head. Often when I think about the compulsion of beat making, I think of the fictional computer program Abulafia in "Foucault's Pendulum" by Umberto Eco. Named after the medieval cabalistic philosopher Abraham Abulafia, the program randomizes data, revealing the connectivity of all information. Combining samples and synths seems to be a practice in the same vein.

Let's have a listen to some of Jay's sound experiments together.
"Indigo Life" is a minimal headspace loop with crisp snaps and sci-fi soundtrack pitch bend.

"Cuban Blunt" has a sunshine-soaked, rhumba boom-bap that induces longing for barbecue season.

Keep up with Jay//Attik on SoundCloud for more beat snacks. And keep your eyes peeled for DJ Rife.