Joke of the Week: That's Cold

March 06, 2017
It's Monday, which means it's time for your weekly dose of locavore levity: the Joke of the Week! This week's joke comes from Burlington's Natalie Miller. Take it away, Natalie … 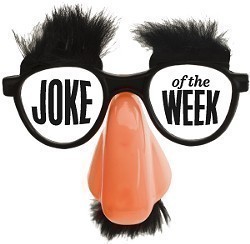 Fact: Ice cream is consistently better than sex. No question.

You're thinking, This lady is crazy! How could she think ice cream is better than sex?!

Well, I don't know about you, but I've never been in the middle of eating a pint of Ben & Jerry's and thought, Ugh. When is this going to be over.

Says Miller: This was inspired by a real conversation I had with a friend. Also, I really love ice cream.

Natalie Miller and her husband, Nathan Hartswick, are the owner/operators of  the Vermont Comedy Club in Burlington. She used to do standup comedy a ton, but now primarily improvises with her team, the Unmentionables, and teaches improv comedy classes at VCC. Miller is the host and curator of the monthly show Girl Crush, which features all-female standup, improv and sketch comedy. Outside of comedy, Miller is a dedicated dog-mom. She loves musical theater and Neil DeGrasse Tyson.

Miller performs every Thursday with the Unmentionables in the Daily Grind improv show at the Vermont Comedy Club in Burlington. The next installment of Girl Crush is Wednesday, March 15, also at VCC.