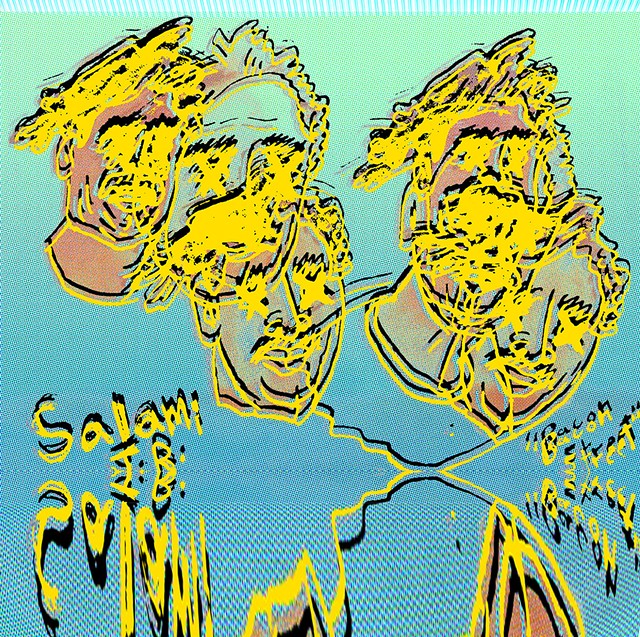 Hello, my freaks and geeks. I've got a rare relic to share with you today! If you are familiar with Burlington's musical hypogeum, you're probably aware of the elusive artist known as Joey Pizza Slice. Sir Slice has been producing under the nom de plume Son of Salami for many years now. His underground classic, A Study In Eraser Headless Tape Recording, is a phenomenal work of lo-fi pop utilizing a unique technique of recording songs with a tape recorder that has had the eraser head removed. This method allows him to record infinite layers of sound on one cassette tape. But he is unable to hear or erase what he is recording over, a difficult undertaking even for the most talented individuals.

Last June, Son of Salami released a new collection of recordings titled Bacon Street on the experimental Moscow-based label Post-Materialization Music. The physical tapes are only distributed in Russia, but listeners locked in the United States can stream and download the album online through Bandcamp.

The songs of Son of Salami always contain an honest expression of experiencing the hurt of humanity through the absurdism of modern life. The tracks on Bacon Street are unhampered by overproduction. They sound like getting drunk with a group of your close friends around a Casio keyboard. That's what makes them so appealing to listeners bored with the polish and posturing of most industry music. Son of Salami is not going to convince you he is a brilliant songwriter with fancy studios and expensive instruments. He uses what he has in front of him. He knows his imagination is powerful enough to create something meaningful no matter what tools are available.

Title track, "Bacon Street," is like an urban legend about millenials draining the world and smelling each other's feet. "I Don't Wanna Know" is a mantra you can repeat in your head to forget the predatory chaos of modern life. "Get Me Out of America" is the theme song for fear-mongering-induced anxiety. "If I Am A Sleeper" is about inner exploration and the desire to remain undisturbed by the heartbreak of being sensitive to reality. Joey Pizza Slice has an effortless knack for empathetic simplicity. You're going to be impressed.