Joke of the Week: The Long and Short of It | Live Culture

Joke of the Week: The Long and Short of It

January 30, 2017
It's Monday, which means it's time for your weekly dose of locavore levity: the Joke of the Week! This week's joke comes from New Haven's Katie Gillespie. Take it away, Katie… 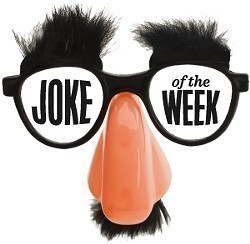 I went with a guy I was dating to his fraternity reunion, and when I introduced myself to someone I assume was named Chad, I said, "I'm 30 and I've never been in a frat house."

Chad popped his collar and told me that I should say fraternity because frat is disrespectful. When I asked how, he said, "Well, you wouldn't call your country a cunt, would you?"

And I said, "Well, no, Chad, because I know how that word is spelled. If you shorten it, it's count."

Says Gillespie: I wish this was not a true story.

Katie Gillespie was born and raised in Wisconsin, where she ate a lot of cheese. She got her start in standup while living in Chicago and relocated to Vermont for mountains and a job. Mostly the mountains, though.

She uses comedy to tackle subjects such as death and dying. So, very light and breezy. She has performed at the Lincoln Lodge (Chicago), Two Hour Comedy Hour (Chicago), the Kates (Chicago), and the Vermont Comedy Club (Burlington).