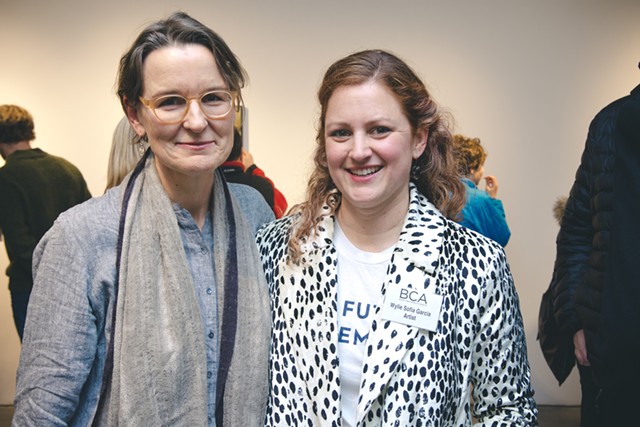 Last Friday night, Burlington's BCA Center  was packed for the collective reception of three new exhibitions by area artists, and to witness the passing of a figurative torch — the annual Barbara Smail Award for mid-career artists.

The 2016 winner, Wylie Sofia Garcia, wrapped up her tenure with a display of new work in a second-floor gallery. In a welcome talk Friday evening, BCA curator Heather Ferrell announced that Elise Whittemore, a printmaker from Colchester, had won the honor this year.

In a later email to Seven Days, Ferrell said that Whittemore was chosen because of her "important contributions to the vibrancy and excellence of Vermont's art community." Among other endeavors, Whittemore was a member of the now-defunct cooperative gallery 215 College in Burlington.

The Barbara Smail Award, named for a late Burlington artist and funded by her family and Burlington City Arts, is presented to an artist who has been nominated by his or her peers and selected by a committee of artists and curators. It comes with a $1,500 stipend toward the creation of new work, as well as $1,000 toward BCA classes. (No word yet on when BCA's print and other studios will open in their new Pine Street digs. They were forced to move out of structurally challenged Memorial Auditorium in December.) 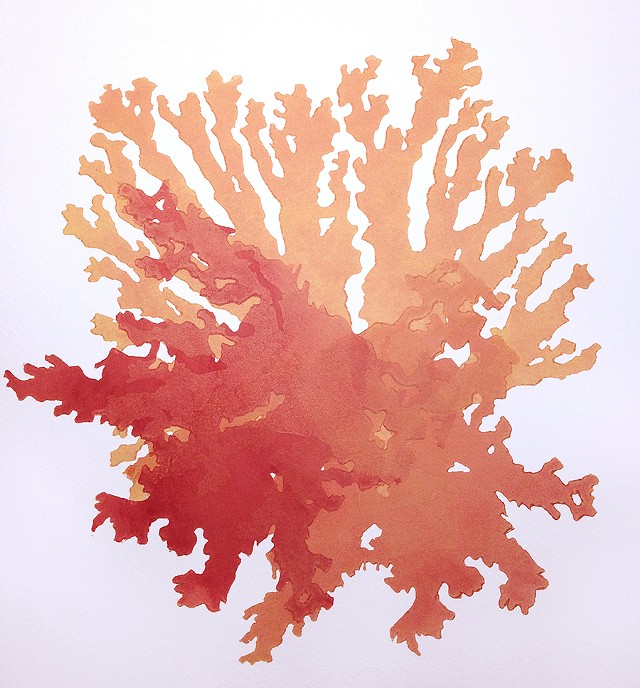 In a phone interview with Seven Days, Whittemore says she plans to continue printmaking, and that she hopes to explore how she presents her multiple prints of similar images. As for that free class time, the artist says she might try her hand at silk-screening. Whittemore also notes that the award will give her an opportunity to step back and evaluate the prints she has been making.

In addition to her work in the print studio, Whittemore has a long career in editorial design for books and magazines. She works full time at the University of Vermont putting out publications including the Vermont Quarterly. She received her BFA in printmaking from Syracuse University.