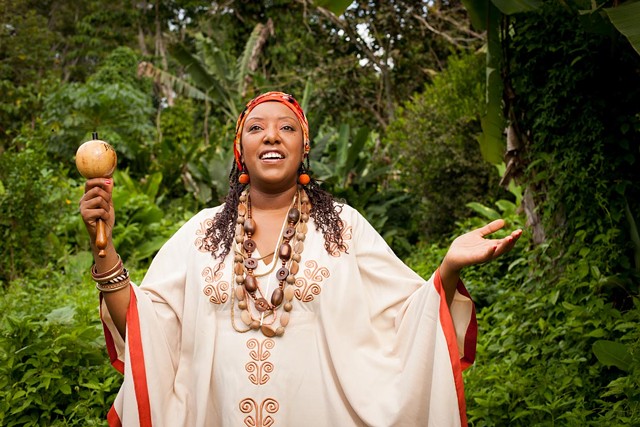 Mixed Methods is bringing Afro-Venezuelan icons Betsayda Machado y Parranda El Clavo to Burlington for a special performance on Wednesday, January 11, at North End Studios. Below, you'll find a video announcement made especially for their Burlington show.
It was only in the the last year that Machado and her rhythmic/choral collaborators, Parranda El Clavo, gained widespread notoriety outside of their small town of El Clavo in the Barlovento region of Miranda, Venezuela. The town has a population of approximately 1,500. The group is known for its traditional Afro-Caribbean music, soon to be showcased on the group's forthcoming debut album.