Joke of the Week: Brush It Off | Live Culture

Comedy Joke of the Week

Joke of the Week: Brush It Off

November 28, 2016
It's Monday, which means it's time for your weekly dose of locavore levity: the Joke of the Week! This week's joke comes from Montpelier's Bryanna Doe. Take it away, Bryanna… 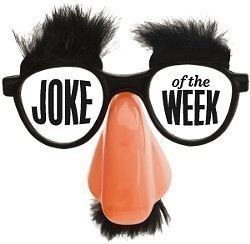 I'm not confident enough in myself as a human being to brush my teeth in the same shirt that I'm planning to wear that day.

Says Doe: I just want to show some solidarity with everyone else who feels guilty that this is still a gamble at their stage in life.

Bryanna Doe occasionally gets paid to say silly words into a microphone and wants everyone to acknowledge how wacky that is. She was a finalist in the 2016 Vermont's Funniest Comedian contest.

Doe performs on Monday and Tuesday, December 19 and 20, at the Savoy Theater in Montpelier, as part of the Socially Irresponsible Sketch Comedy Tour.

Comedy Joke of the Week Bryanna Doe Web Only