Joke of the Week: Pun Fusion 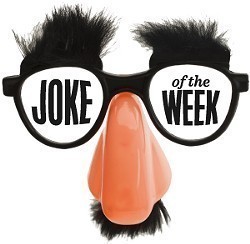 It's Monday, which means it's time for your weekly dose of locavore levity: the Joke of the Week! This week's joke comes from South Burlington's Owen Foley. Take it away, Owen …

Says Foley: This joke is simple word play, it is dumb but I love it so much. The smart, sophisticated, and tremendously good looking audiences of Burlington also seem to enjoy it.

Owen Foley is a pharmacist, comedian and storyteller who performs all over Vermont. He produces a monthly comedy show at Havoc Mead in Colchester. In his free time Owen enjoys hang gliding, rock climbing, base jumping, and lying about his favorite hobbies.

Foley performs on Thursday, November 17 at Twigg's — An American Gastropub in St. Albans