Joke of the Week: It's Not Me, It's You | Live Culture 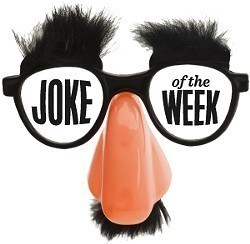 It's Monday, which means it's time for your weekly dose of locavore levity: the Joke of the Week! This week's joke comes from Burlington's Tim Bridge. Take it away, Tim …

No one wants to be broken up with. I feel like the best case scenario is being able to say, "Screw it, man, that girl was crazy." Or, "Who cares, girl. That guy was an asshole."

No one wants to be like, "Nah, this makes sense for you."

I was broken up with. It made a comical amount of sense when it was explained why I was being broken up with. So I made it into a joke in order to convince myself that everything was going to be okay, which it totally, definitely, 100%, completely is. 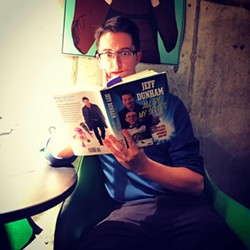 Tim Bridge is a stand up comedian, improvisor, and writer from Vermont. He is a member of the Vermont Comedy Club house long-form improv team, the Unmentionables, and has been a Top 5 Finalist in the Vermont's Funniest Comedian Contest for the last two years. He hosts and books a monthly showcase at the Light Club Lamp Shop called "Pullin' Yo Chain" and is also a writer and performer for the Burlington sketch comedy troupe, Feed the Meter.

Bridge performs as part of the the Daily Grind improv show featuring the Unmentionables everyThursday at the Vermont Comedy Club in Burlington. The "Pullin' Yo Chain" standup comedy showcase happens every third Tuesday of the month at the Light Club Lamp Shop in Burlington.