When Puru Niroula, a member of the 3rd STEPS traditional Hindu singing group, told me about deusi bhailo, he described it as being "like trick or treat."

"We get together and go to people's house. We will sing song, dance and, after 15 to 20 minutes, we will get some food or money from the house where we performed," Niroula told me via Facebook. Another Bhutanese friend later described the activity as akin to Christmas caroling.

The song deusi bhailo is performed on three nights of Tihar, a five-day-long Hindu festival that is the Nepali variant of Diwali. The first four days are dedicated to animals and birds that are considered important to humans and gods. The last day celebrates familial relations.


As I sat in the Niroula family home in Essex Junction on Halloween (the fourth day of Tihar), family members took turns explaining the significance of the festival to me. Although the house had no glowing jack o' lanterns, it did have streamers, balloons and flowers. A laser projection of lights gave the interior a festive feel — an apt decoration, since Diwali is known as the festival of lights.

The first day of Tihar (October 28) is dedicated to crows, which are seen as gods' messengers. The second day honors dogs, because they are a symbol of loyalty. Back in Nepal, devotees drape garlands on canines, the family said.

The third day is reserved for the cow and Laxmi, the goddess of wealth. The fourth day is for the ox, because "we use the ox to plough the field to grow rice." On the fifth day, sisters put seven colors of tika — a mark — on their brothers' foreheads to ensure their good health and long life. Those who don't have sisters can ask their female cousins to perform the ceremony. 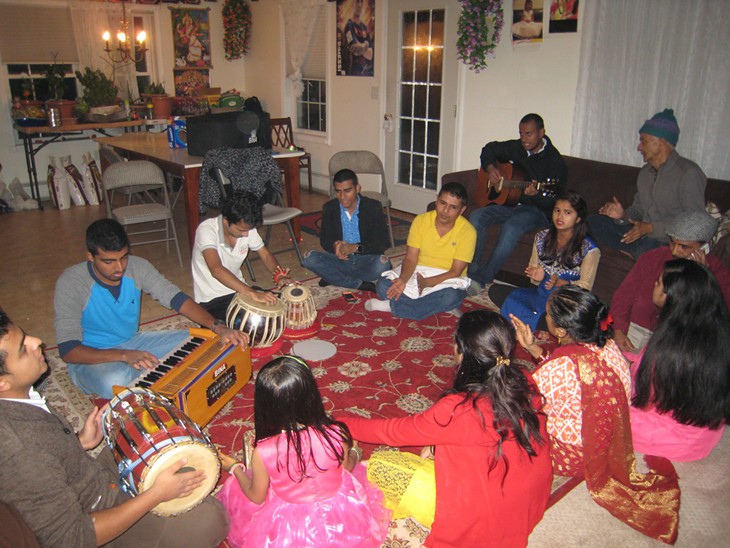 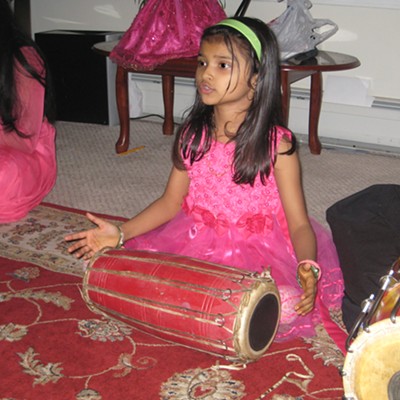 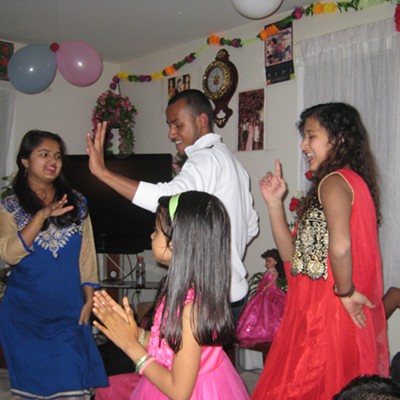 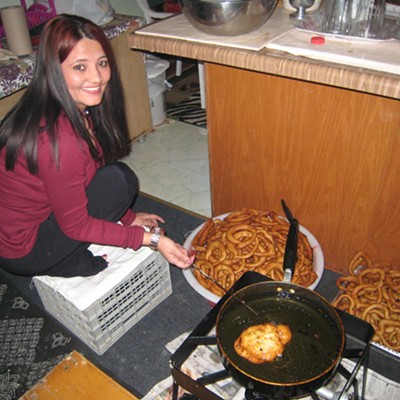 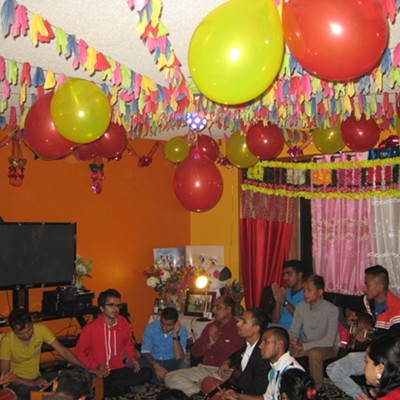 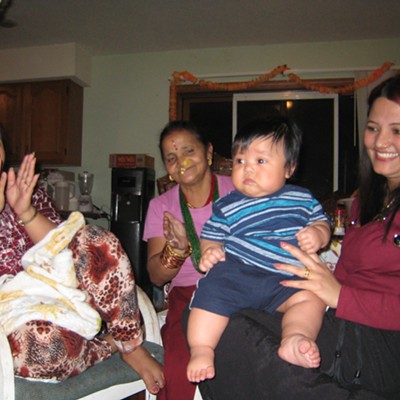 
Deusi bhailo is sung from the third day of the festival onward. Their forefathers used to sing this song in Bhutan, the Niroulas said. The tradition continued even when they were expelled from Bhutan and forced to flee to Nepal.

Members of 3rd STEPS kicked off the fourth night by performing at the Niroulas'. They sang nonstop for more than 30 minutes. One of the most active participants was 6-year-old Isika Niroula, who danced, sang and played the madal, a hand drum.

The cue to wrap up the performance came when the Niroula matriarch brought out a tray of money, food and incense. Deo Pokhrel led the group inside, giving blessings to the host family.

With no time to linger afterward, the group drove to Winooski for its next performance. "I always wish I was back in Nepal [during Tihar]," Pokhrel told me, as I rode shotgun. "It's not as fun [here]."

In Nepal, festivities continue into the night. Here in Vermont, Bhutanese have to take time off from work and school to observe Tihar. Singers perform deusi bhailo outside homes, instead of indoors. That way, they cover more ground, Pokhrel explained. They don't need music scores or song sheets: "It's all muscle memory," he said.

I was pleasantly surprised to realize our next destination was the family home of Yam Tiwari, whom I had met while writing about the Pine Island Community Farm. Tea lights decorated the staircase that led to the living room. More table lights were brought out to illuminate the room, which already featured a mirror ball.

While his family gathered to watch 3rd STEPS sing, Tiwari talked on the phone to his wife, who is still in Nepal. At one point, he turned on the smartphone's video function to show her the performance. To cap off the evening, Tiwari's 6-year-old niece performed a dance.

"I like [it]. This is our festival. I don't want to lose my culture," said Tiwari as the group prepared to leave.

By 10 p.m., I was ready to call it a night, but 3rd STEPS members were still going strong. They planned to sing and dance until the wee hours of the morning. "It's just three days out of a year," said Bhawana Niroula.