Joke of the Week: A Very Merry Un-Birthday | Live Culture

Joke of the Week: A Very Merry Un-Birthday

It's Monday, which means it's time for your weekly dose of locavore levity: the Joke of the Week! This week's joke comes from Burlington's Tarzan Jenkins. Take it away, Tarzan …


My eight-year-old son says to me, "Dad, I've been thinking … not all children should have birthdays."

He says,"It's still a celebration, just the cake comes pre-cut down the middle." 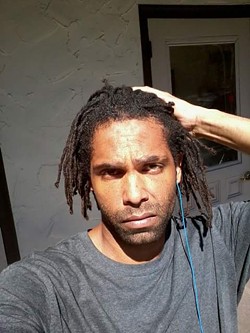 Jenkins is a line cook, former rapper and chess player. Loves laughing and talking smack … and whiskey. He loves whiskey.

Jenkins performs at Twiggs — An American Gastropub in St. Albans on Thursday, November 17.