Joke of the Week: Cheery Ohs 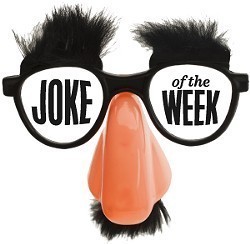 It's Monday, which means it's time for your weekly dose of locavore levity: the Joke of the Week! But guess what? In celebration of the annual Vermont's Funniest Comedian Competition, which runs Wednesday through Friday, October 26 through 28, at the Vermont Comedy Club in Burlington, we'll be posting a new joke every day this week. Kicking off our week of local hilarity is Burlington's Annie Russell. Take it away, Annie…


My boyfriend and I get along great, but recently I had to let him know that it takes a little bit more to warm me up in the bedroom now that I'm in my thirties.

Nothing huge … maybe a little wine, dimming the lights. And you know, the dishes need to be done, the temperature needs to be regulated, my feet need to be warm, Mercury needs to be in retrograde (whatever that is), the winter tires need to be on the car. Just the basics.

I thought he got it … But then he just decided to pull a "here comes the airplane" move with his penis. Like he's feeding a child.

And I was offended! Because I don't want my vagina compared to an airplane hangar, or a 2-year-old's mouth.

Although I recognize that there are Cheerios stuck to the outside of it. That's on me.

Says Russell: "What joke? I thought this was a personal essay contest."

Annie Russell is a comedian who performs in cities all over the U.S. and in Montréal. She can be seen regularly at Vermont Comedy Club, where she's opened for Jen Kirkman, Sam Morril, Brooks Wheelan, Jon Dore and Dan St. Germain. She's a two-time finalist in the Vermont’s Funniest Comedian contest.

She's performed at the Green Mountain Comedy Festival and produces comedy for the Waking Windows festivals.

She hosts Cringe!, a monthly show at the Monkey House, as well as a weekly podcast, "No Chill With Annie Russell."

Russell headlines the Comedy & Crêpes showcase at Skinny Pancake in Burlington on Monday, October 24. She will compete in the 2016 Vermont's Funniest Comedian contest at the Vermont Comedy Club in Burlington. VFC runs Wednesday through Friday, October 26 through 28.