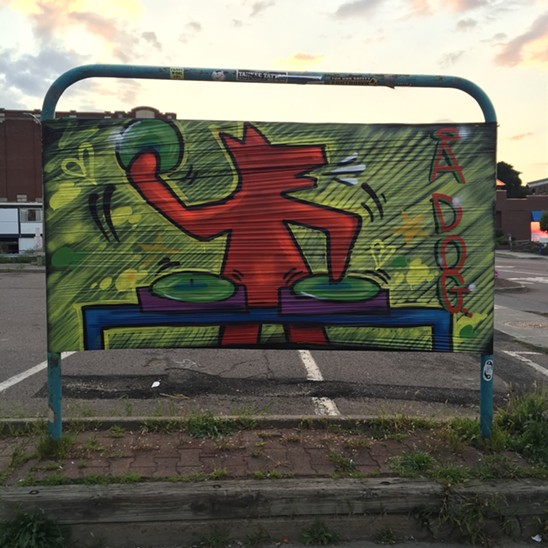 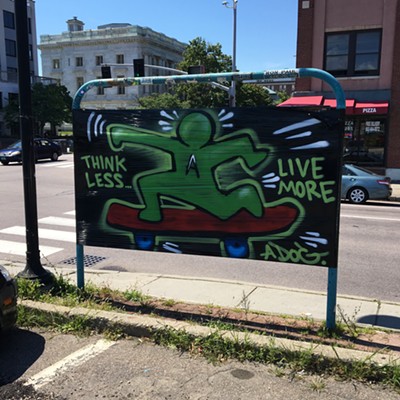 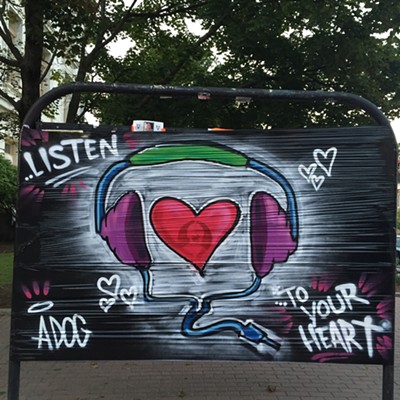 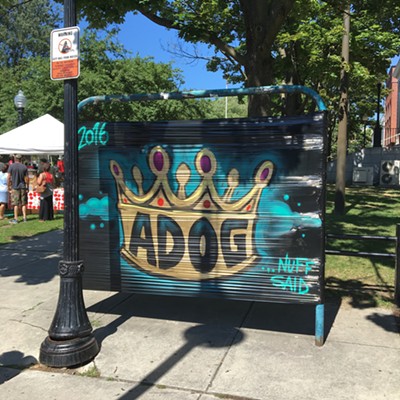 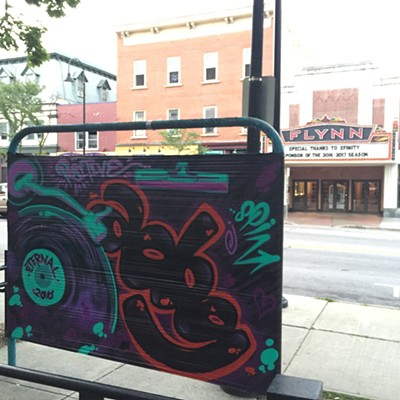 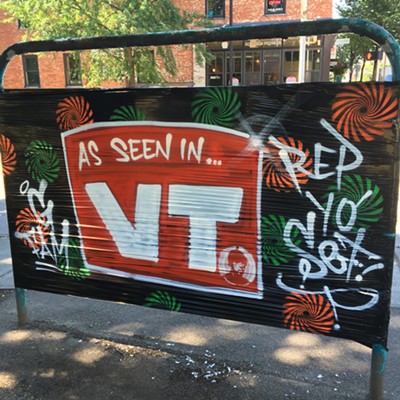 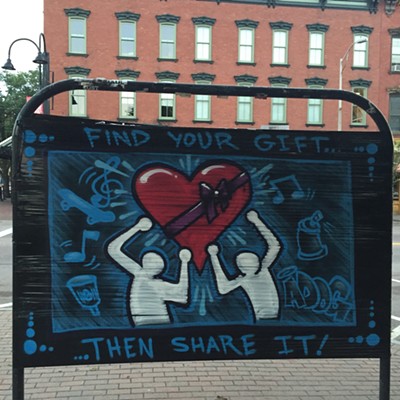 Anthill Does A-Dog
Click to View 8 slides
There's no question that Burlington loves Andy "A-Dog" Williams, the DJ who passed away of leukemia in 2014 at the age of 38. Last Saturday, August 27, community members rallied to collectively honor the artist during the third annual A-Dog Day, organized by Friends For A-Dog.

The center of the action took place at the new waterfront skatepark named for Williams, where his longtime partner Jozie Furchgott Sourdiffe unveiled a new permanent mural in his memory.

Three of the eight spray-painted installations were distinctly inspired by the irreverent, joyful graphics of Keith Haring. In one, an orange dog was spinning records. In another, a skater dude whose chest was emblazoned with an "A" was surrounded by the slogan: "Think less, live more."

The cellophane memorials disappeared almost as soon as they went up. "They got cleared as per the city's usual rounds," said Raymond. By Monday, they were gone, though the memory of A-Dog lives on.