Memoirist Howard Axelrod on His NEK Point of Vanishing 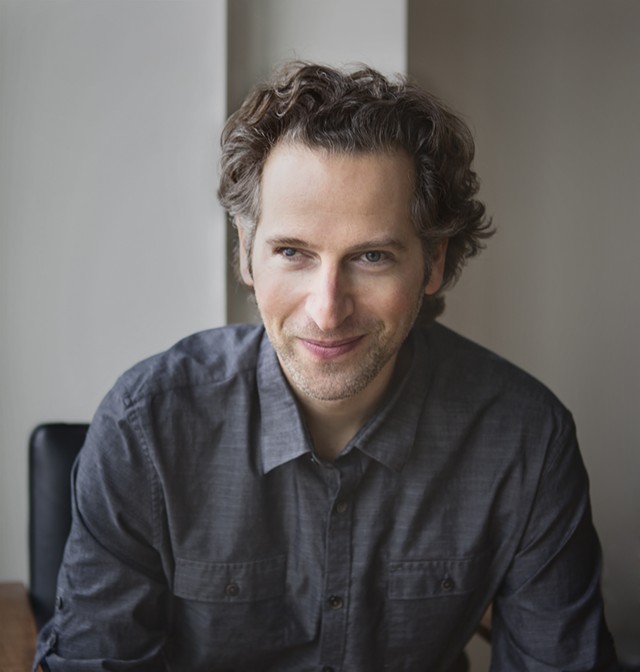 This weekend at the Bookstock Literary Festival in Woodstock, Howard Axelrod will read from his highly acclaimed memoir, The Point of Vanishing: A Memoir of Two Years in Solitude.  Published by Beacon Press in 2015, it was named one of the year's best books by Slate, the Chicago Tribune and others.

His story began in the backwoods of Vermont's Northeast Kingdom.

In the fall of 1999 Axelrod, then 25, posted his handwritten wish on bulletin boards outside general stores and laundromats in Peacham, Johnson, Jay, Barton, Newport, Morrisville and Eden: “Wanted: a cabin or house set in the woods, with good light, very solitary. Proximity to a stream or brook. Running water and electricity preferred.”

Only one man replied: Lev, the owner of a remote house resembling “a battered pirate ship run aground,” as Axelrod later described it. Thus began his transformative two years alone at the end of a dirt road in Barton.

For the author, going to the woods “wasn’t an exercise or a retreat,” as he writes in the book’s prologue. “It wasn’t something to take notes on and jar for later, like summer berries.” Instead, his sojourn was a way to “live without the need of putting on a face for anyone, including myself.”

A few years earlier, when he was still a student at Harvard University, Axelrod was blinded in his right eye, the result of freak accident during a pick-up basketball game. Following graduation, he bounced around the U.S. and abroad, but the trauma’s effects haunted him. Just being jostled on a crowded sidewalk sent his body into “instant turmoil."

In The Point of Vanishing he writes, “My only plan, which felt more like survival instinct, was to go to a place where my senses felt at home.”

Axelrod now lives in Boston, Mass., and teaches at the nonprofit writing center Grub Street. This spring, he was a workshop leader for the Champlain College Young Writers Conference . In advance of his appearance at Bookstock, Seven Days interviewed Axelrod via email.

Is publishing a personal nonfiction book and then offering readings and interviews the antithesis of spending two years in solitude? And if so, how goes it?
It’s been strange. I wrote the book because, when I came back from the woods, there seemed no way to answer friends’ questions, no way, even, to answer my own. The conversational boxes were too small. All the quiet, all the snow, all the changes in what I was able to see — there was no space for that in polite conversation, or in polite thought.

So I learned not to answer, not to try to fit a tidal wave into a teaspoon. But my need to make sense of those years only grew. Writing the book was a way to try to communicate what didn’t seem communicable; to make my own conversational box, one capacious enough for what I couldn’t say.

But then came the interviews. Which — you’re right — often seemed antithetical not just to the solitude but to the book itself. Like when a radio host from Miami said, “Snow?” That was his whole question. But by then I’d written the book. And I’d heard from readers who said that it gave them more space to consider their own lives. And there was no longer the constant pressure of a tidal wave inside me. “Yes,” I was able to say. “Snow, snow, snow.”

Are there habits and rituals left over from your experience in the Northeast Kingdom woods that you've imported to your current life?
I still go for a walk every morning — the idea being not to think but just to look around and see what I see. It’s a way of establishing a certain quality of attention, of having it as a foundation for the day.

Early on in the The Point of Vanishing, you describe yourself as others might have regarded you during your infrequent trips to town, as a "drifter" or "hippie." You looked and felt like an "outsider." Although you've since reintegrated to ordinary, urban life, does some part of you resist "belonging"? And if so, how do you negotiate those pushes and pulls toward and away from society?
That’s a tricky one. I don’t have to resist belonging — when it comes to daily life, I rarely feel I belong. If anything, the effort is in the opposite direction. [Novelist] David Foster Wallace said in an interview that he cultivated normality, which may sound like a paradox. But if your tendency is toward the largest possible perspective, then you basically live in a kind of orbit above convention.

Convention literally means come together — and it does bring people together. So, it’s important for me to find other tethers that connect me to people. And not just abstract tethers, like the human condition. Tangible tethers, like the Red Sox.

Since your backwoods tenure in Vermont (1999-2001), technology has leapt to provide us with all kinds of ways to fortify human connection: cellphones, wireless internet, Facebook, Twitter, Skype. Do you think solitude is an endangered experience? And if so, what do we (humans) risk losing with its near extinction?
I don’t think solitude is endangered. Barring some kind of totalitarian technological state, that choice will always be possible. What’s at risk, I think, is certain kinds of attention and the byproducts of those kinds of attention. For instance, smartphones keep us from boredom, but they also tend to keep us from reflection. A few byproducts of reflection are humility, stability and a sense of meaning.

For the Champlain College Young Writers Conference [in May], you offered a workshop about narrative voice, noting, "[A] story's narrator has a particular role as well, formed by where he or she is speaking from, why he or she is speaking, and to whom." Your narrative voice in The Point of Vanishing is so generous, funny, intelligent and consistently refrains from passing judgment. To whom were you speaking as you were writing the book?
Thank you. There was an audience I was hoping to honor — anyone who has been through a before-and-after moment, the kind of moment after which your life feels irremediably different — but that’s different than having a particular listener in mind. And the truth is I didn’t while writing the book.

But afterward, I realized that I’d been afraid of not knowing how to explain my years in solitude to my children. I don’t have children yet — so it was a strange thing to think. But I think they were a stand-in for the future, for myself and those who will be dear to me in the future. I wanted to have a way to carry my past comfortably, to not have to hide it, to figure out how to use it to deepen the rest of my life.

The Bookstock Literary Festival is this Friday, July 29, through Sunday, July 31, in Woodstock. Howard Axelrod reads at 1 p.m. on Saturday at the Norman Williams Library. (Disclosure: Writer Julia Shipley reads from her poetry at the festival, as well.) For complete schedule and other info, see website.