What I'm Watching: The Trust 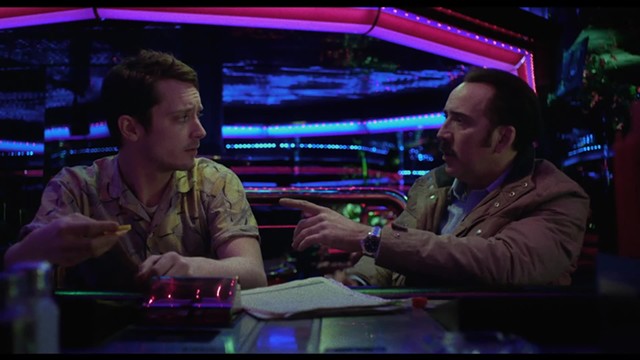 Film exhibition is not what it once was. The advent of digital streaming platforms has rewritten the rulebook. We can now use digital technologies, licit or illicit, to watch in our homes the kinds of movies that, until recently, we had to visit a cinema to see.

As many commentators have noted in recent years, one result of having easy internet access to current films is that many people now visit the cinema only to see “event” movies. Most such films are giant, noisy, action-packed spectaculars that promise the kind of grandiose viewing experience that comes across most thrillingly in a proper movie theater. Big screen, dozens of speakers turned up to 11, maybe some 3D glasses, if that’s your thing.

Just try this at home, is the implicit message to spectators. That’s the same message that Hollywood conveyed in the 1950s, when the studios were terrified that television would steal their viewers. It was then that such devices as CinemaScope, surround sound and 3D made their debuts, precisely because they offered viewing experiences that humbled those offered by tiny, black-and-white, staticky TV screens.

Hollywood studios have long been in the practice of making blockbusters, but the current wave of such films — epitomized by the seemingly endless torrent of comic-book-superhero movies — seems to me especially cacophonous and dizzying. I see these films in a theater and wind up feeling exhausted. I suppose that’s part of the “thrill ride” experience that many viewers are looking for. It seems to be working for the studios. These “tentpole” movies, the most recent of which is Captain America: Civil War, are now studios’ most reliable moneymakers.
With the big studios pouring money into franchisable action spectaculars, mid- and low-budget production has been migrating to alternative production platforms. Big studios still make, and make money on, such films — Universal, for instance, just released the $29 million comedy The Boss, which recouped double its production costs within a month of its release. At the same time, however, new movie-industry players like Netflix and Amazon have stepped in to produce those movies of relatively modest budgets that, until fairly recently, were the domain of the big studios.

Recently I saw a film produced not by Netflix or Amazon, but by the independent studio Saban Films, which is part of a media conglomerate best known for producing or rereleasing such colorful kiddie entertainments as "Mighty Morphin Power Rangers" and "Digimon." That film, The Trust, has a cast of A-listers (or A-minus-listers, perhaps), including Nicolas Cage and Elijah Wood.

With the exception of character actor Ethan Suplee, most of the other performers in the film are relatively unknown. That is, except for Jerry Lewis, who has a two-minute part as the father of the Cage character. Given that I'm an ardent, longtime fan of Lewis (and of Cage, for that matter), the presence of this elder statesman of American film was enough to get me to watch The Trust. 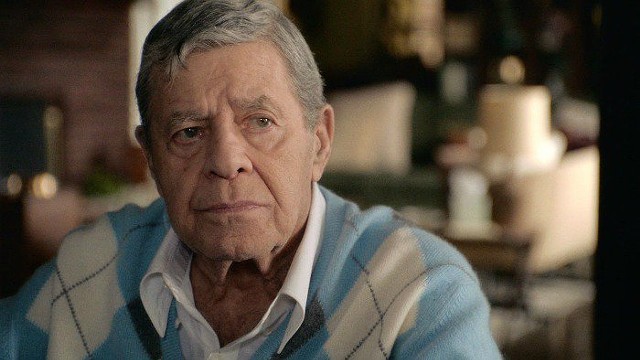 The Trust’s seemingly scattershot release pattern is becoming increasingly common. It premiered in March of this year at the annual South by Southwest festival; a month later, it became available on DirecTV. On May 13, just one day before this column was published online, The Trust was released simultaneously in theaters and via video-on-demand services. I imagine it will soon be available, if it’s not already, via point-of-purchase DVD services like Redbox.

That mixed-bag approach to exhibition is quite different from the venerable Hollywood method of film distribution, which for decades involved a splashy theatrical release followed, months later, by carefully spread-out subsequent releases on video and cable. A film’s theatrical release was considered its “first run,” and it was where most films made most of their money.

Second-run theaters, now few and far between, used to be commonplace; patrons went there to see movies that were no longer up-to-the-minute current, but still relatively new. Admission prices for second-run theaters are typically lower than those of first-run theaters. “Subsequent-run” is the industry term that refers to all other post-theatrical exhibition avenues: video, satellite, on-demand, in-flight, Redbox, you name it.

In a way, movies like The Trust resemble the straight-to-video genre films that I spent so much time watching in the 1980s and early ’90s. Such lower-budget movies bypassed theatrical markets to target a smaller slice of the viewing public. The potential profits were necessarily lower, but producers could still make money on films that were inexpensive yet appealing — not an easy twofer to achieve, but not impossible. 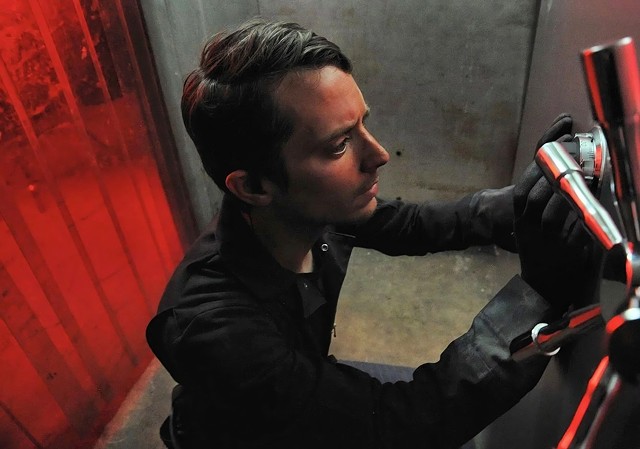 Now, though, the lines between “runs” have been blurred. Which of The Trust’s runs was its first? By calendar logic, it’s the DirecTV run that started in April. But the film is likely to reach a larger audience, and to reap more profits, via its theatrical and direct-to-video releases this month. That’s an upending of the traditional model, in which profits typically diminish with each subsequent run.

For me, one of the most interesting things about movies like The Trust is that, though they’re made for small budgets (about $9 million, in this case), their performers are major stars. True, Cage has made some unwise career choices lately, but he’s still popular. Ditto Wood, though I speculate that the handsome paychecks he surely received from the Lord of the Rings films have allowed him to pursue more “artistic” or chancy projects, like the wonderfully weird TV show “Wilfred” and The Trust itself. Hell, if someone offered me a chance to perform in a film alongside Nicolas Cage and Jerry Lewis, I’d jump at it, even if the paycheck wasn’t up to my usual standards.

Another fascinating thing about The Trust is that it’s actually pretty good. Lower-budget films are often noted and/or ridiculed for their imperfections, but, with the exception of a plot hole or two, The Trust does not appear “cheap” in this way. It’s a professionally made, exceptionally well acted, intelligent genre film. The film concerns two Las Vegas police officers who attempt to pull off what appears to be the perfect heist, and its plot is as clever and twisty as that of any heist film.

This low-budget genre film is as professionally made as any movie you’ll see in cinemas — and, indeed, you will, by the time you read this, be able to see The Trust in a cinema. It’s the kind of modest but smart genre fare that used to be the bread-and-butter of the Hollywood studios. Even though the exhibition and distribution models for these types of films have changed dramatically, the films themselves have not changed on any fundamental level. 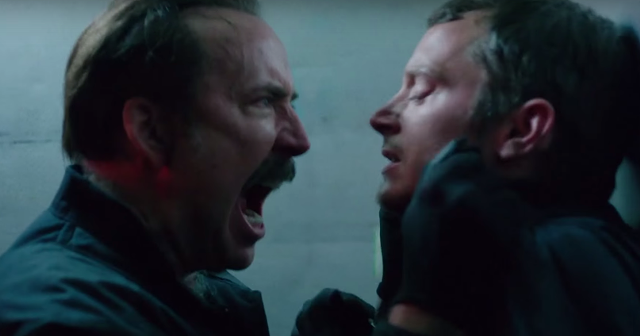