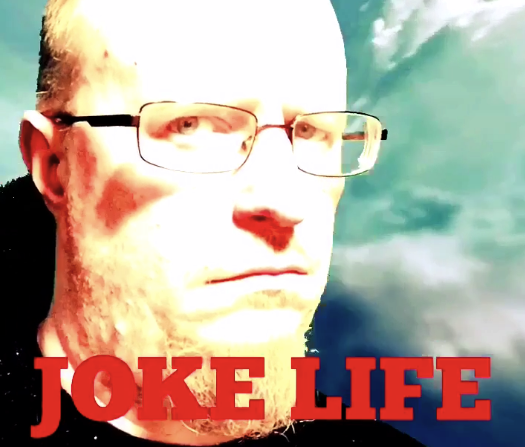 Twenty years ago, when I first stumbled across a website that comprehensively listed all of the samples and arcane references on the Beastie Boys’ masterpiece Paul’s Boutique, I remember thinking, Aha! Someone has figured out what to do with this “internet” thing!

I know Paul’s Boutique backwards and forwards, and for years have marveled at and puzzled over its array of funky, witty samples. The album’s producers, the fabled Dust Brothers, plucked basslines from the Eagles, single guitar notes from Mountain and scads of musical and verbal ephemera from decades of American music, television and film. The album remains a remarkable achievement. But, as enjoyable as it is, Paul’s Boutique is also incredibly densely layered, its musical fragments and obscure name-checks fairly begging the listener to unpack them.

(For an incredible tribute to and deconstruction of this epochal album, I recommend the following 2012 episode of the Solid Steel Radio Show.) Enter, in 1993, the humbly named website Paul’s Boutique Samples and References List, which dissects the album song by song, sample by sample and reference by reference. Sure, this information could have been published in an essay or book, but instead, the site’s author, Brad Benjamin, made a point of soliciting ongoing contributions. The site’s credits page lists well over 100 people who’ve written in to give the source of one of the album’s crazy-quilt fragments, or to explain one of its countless bits of slang or esoteric pop-culture references. (My favorite is the one that name-checks former New York Knicks Harthorne Wingo.) By capitalizing on the internet’s openness and capacity to tap into ardent fan cultures, the site has created the definitive exegesis of one of the most important albums of the past 30 years.

I’ve recently found a Vine user who I believe has pulled off a similar accomplishment. To me, the 200-plus goofy six-second videos of one Duane Roelands justify the existence of the internet.
Vine, which made its debut just three years ago, is a micro-scale video-sharing service. Users can create and publish looping videos (with sound) of no more than six seconds, to which other users can then subscribe, for free, and see the Vines of their choice in their feeds. If it sounds like Twitter with audio and video, it pretty much is. Twitter saw a synergy there, too, acquiring the company in 2012, just before its formal launch.

I don’t have a Vine account, but lots of famous people do — like Justin Bieber, Tyra Banks and Erykah Badu — should you care to follow them. Duane Roelands is not a celebrity, but, dammit, he should be. His Vine series doesn’t have a formal name, but he often closes his videos with the phrase “Joke Life” — a play on Tupac Shakur’s famous “Thug Life” motto. Roelands’ talent lies in creating videos in which, through the magic of editing, he has conversations with himself that always end in wincingly wonderful puns.
I love this guy’s sense of humor. Roelands’ Vines are smart, witty and unabashedly corny. Many of them end with him remarking on the terribleness of the puns he illustrates. I also love how he’ll include in many of his Vines a brief-but-recognizable audio clip with thematic relevance to the pun he’s just laid down.

I share Roelands’ fondness for puns, a form of humor that has, in my view, been unfairly maligned. In fact, I believe exactly the opposite of the prevailing opinion: that puns are among the “highest” forms of humor.

Puns only work when listeners are able to hold two unrelated ideas in their minds at one time; reflecting on that unrelatedness can often yield surprisingly fruitful juxtapositions. Puns are valuable tools for the study of language, in that they encourage us to consider its fundamental arbitrariness, as well as the origins and meanings of clichés and idioms. When we groan at a pun, we’re not really groaning at how “bad” it is, but at how original and clever it is — and because we wish we’d thought of it. (Or perhaps I’m speaking only for myself here…)

But the thing I most admire about Roelands’ Vines is that they’re perfectly tailored to the internet of today. Back in 1993, when the Paul’s Boutique site was first published, most people accessed the internet with connections too slow to permit the reliable viewing of videos. As bandwidth has increased, this is less of an issue: Many of us now watch high-definition movies via the internet. Roelands has also capitalized on Vines’ inherent brevity, using the format to illustrate funny, clever puns that require no more than a few seconds’ dialogue. I don’t care to comment on the allegedly shrinking modern attention span, but I will say that Roelands’ Vines are perfectly designed as tiny bursts of comedy. You’ll lose none of your precious productivity by watching a couple. (But just try watching only a couple.)

Just as the internet has the power to unite die-hard Beastie Boys fans, it now has the power to bring larger groups of people together. Many of our shared experiences are shared over the internet: Skype calls, emails, Facebook posts and videos. Roelands’ videos are “clean,” suitable for members of all generations and followers of all persuasions who now live online. I can’t wait until my infant son is old enough for me to share these with him.

Roelands has assembled his Vines, in groups of 100, into a couple YouTube videos, each of which is only about 10 minutes long. If you can handle the rapid-fire assault of pun after pun after pun, this is a great way to watch his work. Some of them are so witty, and fly by so fast, that they’ll likely encourage you to hit Pause while you work them out. Which is exactly what a good pun should do.