What I'm Watching: Dinosaur Jr.'s Video for "Just Like Heaven" 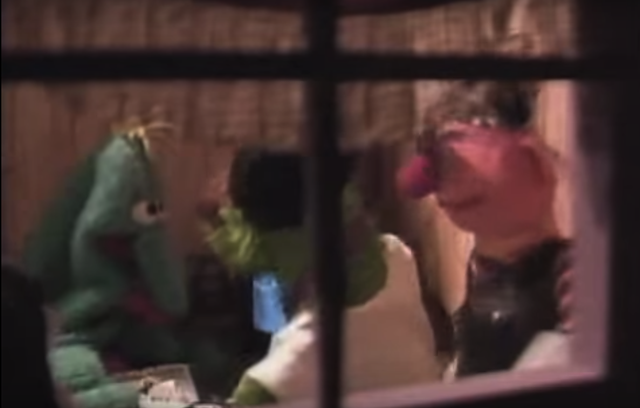 My sleep pattern used to be pretty screwy. In high school, I’d routinely stay up until two or three in the morning, soaking up televised entertainment; then, after school, I’d come home and nap on the couch for two to three hours — all the better to prepare myself for another night of late-night TV.

I’m as addicted to popular music as I am to movies, so, besides the various movie channels that my family had in our cable package, I’d often turn to MTV. This was in the mid- to late 1980s — the glory days of the channel's “alternative music” show “120 Minutes.” The show aired on Sunday nights from midnight to 2 a.m., just when good students should have been getting the sleep they needed to focus on their schoolwork. Doing well in high school was important to me, but exposure to new music was equally vital.

I’ve always found the term “alternative music” (or “alternative rock”) to be a uniquely unuseful moniker; and I’ve never really felt that that amorphous genre played much of a role in defining my musical tastes. But I guess I’ve been lying to myself, because many of the bands that remain essential to my musical life are strongly identified with late-‘80s / early-‘90s “alternative” music: the Jesus and Mary Chain, Julian Cope, Robyn Hitchcock, Camper Van Beethoven (especially Camper Van Beethoven), Public Image Ltd., the Buck Pets, R.E.M.

I still listen to the music of all of these bands. As Daniel Levitin (among others) have shown, the music that we listen to when we’re teenagers is always especially special to us, in large part because it gets enmeshed in the processes by which we become adults and defines our personalities to ourselves. That may be why I still like these bands. It may also be because they, along with many of the other groups showcased on “120 Minutes,” made excellent music. 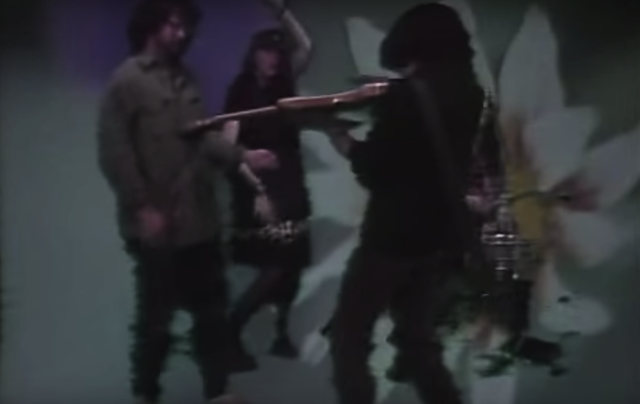 (You may notice that none of those bands featured a nonwhite musician. I wouldn’t be the first to point out that, but for the occasional exceptions like Fishbone and the mind-blowing Bad Brains, “alternative music” was a largely Caucasian phenomenon. Few women are represented, either — save Morgan Fichter, who played violin on Camper Van Beethoven’s 1990 album Key Lime Pie. But in this regard, alternative music wasn't unusual. Women have been underrepresented in music of all genres for more than a century.)

Dinosaur Jr. is another of the bands that received heavy rotation on “120 Minutes” during that time. I was already a fan of the band, having worn the oxide off my cassette tapes of You’re Living All Over Me and Bug. I’d been drawn to their noisy, swirly, Neil Young-y guitar song and their nifty melodic hooks.

When my friend James recently recommended that I go online to check out the video for Dinosaur Jr.’s Cure cover, “Just Like Heaven,” I did. Though I hadn’t heard it in a while, I recalled the song pretty well, but I had only the faintest memories of the video — which doubtless received airplay on “120 Minutes” and other such venues.

I’m glad I took James’ suggestion. This video is hilarious — and surprisingly smart. Check it out.
The original version of “Just Like Heaven,” also released in 1987, was one of the Cure’s biggest hits, and it remains the One Cure Song You Know If You Know Only One Cure Song. (“Show me, show me, show me / How you do that trick …”) This is a great pop song with simple, beautiful hooks and an evocative, romantic lyric. The song may be overplayed by now, but it’s no less lovable.

The members of Dinosaur Jr. clearly recognized that the above ingredients made “Just Like Heaven” a nearly perfect pop song — presumably, that’s why they chose to cover it. (Artists rarely cover songs that their members don’t like or respect. With the exception of Bryan Ferry’s near-miraculous and totally irreverent all-covers début solo album, These Foolish Things.) The Cure and Dinosaur Jr. are not so far apart, though their respective images may suggest otherwise. Both bands knew a catchy melody when they heard one. 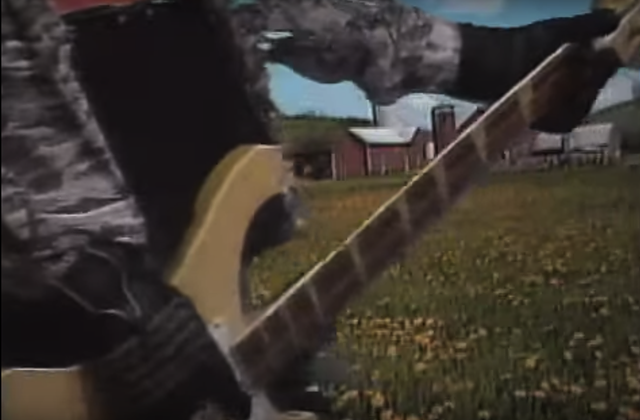 Why, then, the lo-fi, puppet-rich, bargain-basement aesthetic of the video for Dinosaur Jr.’s version of the song? It looks like it was made by a bunch of junior high schoolers who busted into their town’s public access cable channel. No attempts are made to make it appear that the bandmembers are actually playing their instruments; the video effects are hokey even for 1987. The whole thing looks like it was made in an afternoon for about 60 bucks — and maybe it was.

It does seem odd for a band to make such a deliberately crappy video for a song that they not only apparently admire but took the trouble to cover. A lo-fi grubbiness was part of Dinosaur Jr.’s aesthetic from the start. The band embraced feedback and imperfect musicianship; they eschewed such rock-star trappings as ornate costumes and makeup, preferring to perform in ripped jeans and T-shirts.

Cure - Just Like Heaven by jpdc11
All of which would be instantly understandable, but those terribly puppeteered puppets really put this video over the edge of sloppiness. So arbitrary and non-choreographed are the movements of these floppy, surely unlicensed dolls that they imbue the whole video with a “we don’t give a shit” spirit.

And that’s exactly what I love most about this video. In making it for one of the all-time hookiest, prettiest pop songs, Dinosaur Jr. takes what they love about the song and discards (if not openly mocks) the rest.

They love the melody and the sincerity of the emotion, but they surely do not love the seriousness with which the Cure apparently take themselves. Watch the video for the Cure’s original version of the song, and you’ll see a band with all the pretty-boy rock-star silliness that Dinosaur Jr. rejects: mist in the background, moody lighting, ridiculous hair; nary a smile on any bandmember’s face, despite the joyfulness of the lyric.

In undermining the seriousness of the the original song and video, Dinosaur Jr. re-imbues the song with its joyous essence. This is a love song, they seem to be saying, so let’s celebrate the happiness of love with raw, wild energy and the foolishness to which it is heir. In this way, this very silly video returns a great song to its true glory. It’s a gesture that says both “screw you” and “we love this song,” an ironic ambiguity that I admire in works of art of all kinds.