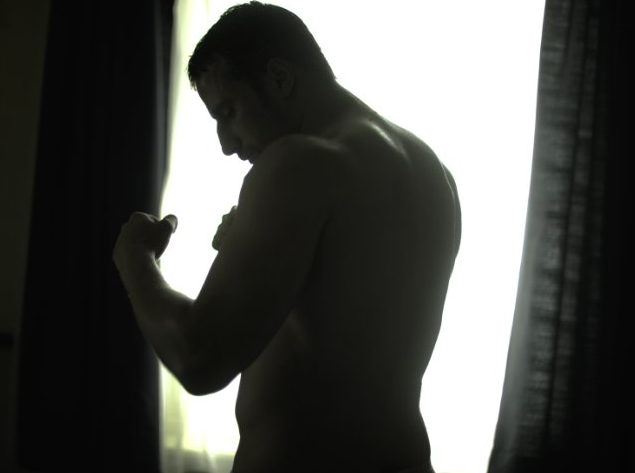 NOTE: From now on, Movies You Missed will appear every first Friday of the month here on Live Culture.

This month in movies you missed: When I saw Far From the Madding Crowd (currently playing at the Roxy and Savoy), I may have stared a little too hard at Matthias Schoenaerts, who plays Gabriel Oak. He was built like an oak, and those smoldering eyes … ahem. Anyway, I came away convinced that the Belgian actor could be a big American star if people ever managed to spell his name correctly.


And I checked out his streamable filmography, because thinking an actor or actress is hot is a totally legit reason to see a movie, right? That filmography is classy: Schoenaerts starred in the 2012 Palme d'or nominee Rust and Bone (aka "that movie where Marion Cotillard has no legs") and the 2011 Best Foreign Language Film Oscar nominee Bullhead. The latter is on Netflix, so I gave it a spin.

What You Missed
Schoenaerts plays Jacky Vanmarsenille, a young Flemish cattle farmer involved with the illegal beef hormone mafia. (Here's some background on how beef became a lucrative black market in the European Union after the 1989 hormone ban.)

Jacky makes sure the local steers get shot up with growth hormones and slaughtered and sold through the approved channels. He also regularly shoots himself up with hormones, which accounts for his 'roided-out physique.

Jacky's uncle is approached by bigger, scarier players in the illegal beef trade, who want to make a deal. Serving as their lackey and interpreter is Diederik (Jeroen Perceval), a childhood friend of Jacky's. His appearance brings up painful memories that drive Jacky on a self-destructive path toward Lucia (Jeanne Dandoy), a glamorous shop owner with whom he had a fateful encounter as a pre-teen.

Meanwhile, Diederik also has secrets — several. Among them: His associates have just executed a cop (an incident inspired by the events described in the article linked above), and the police are on the war path, which might just lead them to the Vanmarsenilles' farm.

Why You Missed It
Bullhead played 34 U.S. theaters, none in Vermont. What did play here was director Michaël R. Roskam's 2014 English-language follow-up The Drop, starring Tom Hardy, Noomi Rapace and Schoenaerts in a supporting role.

Should You Keep Missing It?
Roskam is a writer-director who puts his stamp on a film, both storywise and visually. Much of the critique in my review of The Drop also applies to Bullhead, and there are strong parallels between the films, even though the former is based on a Dennis Lehane story. But I liked Bullhead better.

My usual highly scientific 20-point scale for the evaluation of indie films:

1-4 points: Does it look pretty?
3/4. Like The Drop, Bullhead looks dark, dark, dark. Roskam's Belgium is as gritty and depressed as that of the Dardenne brothers. But here, the gloomy interiors contrast with misty, ethereal shots of pastures at dusk or dawn, reminding us that it all comes back to the animals, and that people are tampering with nature for their own gain. There's also the occasional flashy, impressionistic effect to convey Jacky's unraveling mind.

1-4 points: Does what happens make sense?
2/4. The main problem with Bullhead — and it's not a bad problem to have — is that it's trying to be two movies at the same time. One is a sprawling, Scorsese-ish crime drama with lots of colorful characters, each with his own motivation (and yes, they are almost all guys). The other is a tense journey into the mind of one man who is, as he tells us in an opening voiceover, "fucked up." Like, majorly.

The Drop had a similar duality: It was a borderline-melodramatic study of Tom Hardy's small-time crook and his search for redemption (via an abused dog), and it was a more objective study of his entire milieu. The problem is, every time we get lost in the angsty character studies of these films, we start forgetting all the other characters and their subplots, which Roskam isn't as deft at making memorable as Scorsese is.

There's a lot in Bullhead that remains unfleshed-out and unresolved, and viewers will be confused at times. (The language barrier doesn't help — and that, too, is a theme in the movie, as some characters speak the Flemish dialect of Dutch, others French.)

1-4 points: Do the characters seem like real people? Failing that, do they look pretty?
4/4. If Bullhead ultimately works better than The Drop, it's because Schoenaerts' performance as Jacky takes over the screen. And, unlike Hardy's character, this one has a secret we won't guess almost from our first look at him.

1-4 points: Does the movie give us a reason to care about anything happening on screen?
4/4. Ultimately, Bullhead is about masculinity — as reality, as fantasy and as performance. (There's a scene that consists almost entirely of Jacky and another guy snorting wordlessly at each other like, y'know, bulls.)

It's also a sterling example of the "male sentimentality" that theorists like Eve Kosofsky Sedgwick have written about — proof that Intense Movies About Feelings aren't just for chicks. Roskam keeps inserting flashback shots of the younger Jacky's (Robin Valvekens) sad eyes, reminding us that inside this tower of muscle, intimidation and 'roid rage is a wounded child. It's a crude device, but it works.

Verdict: 17/20. For the record, Schoenaerts does the "wounded eyes" thing as well as he does the "smoldering eyes" thing. So how could I not enjoy this movie? Move over, Tom Hardy and Mads Mikkelsen; there's a new Euro-hunk in town.

Streaming tips of the month
On June 10, Netflix will add Nightcrawler, a drama about an ambulance-chasing news videographer with an intensely creepy performance from Jake Gyllenhaal. (If you're wondering whether anybody has a similar profession in Vermont, read Ken Picard's recent Seven Days story.)

On June 16, check out the Dardenne brothers' latest: Marion Cotillard tries desperately to save her job in Two Days, One Night. And on June 24, get a look at Beyond the Lights, an acclaimed romance about a pop star that never played around here at all.