On Screen This Week: Jay Craven's Latest and a French Teen Drama 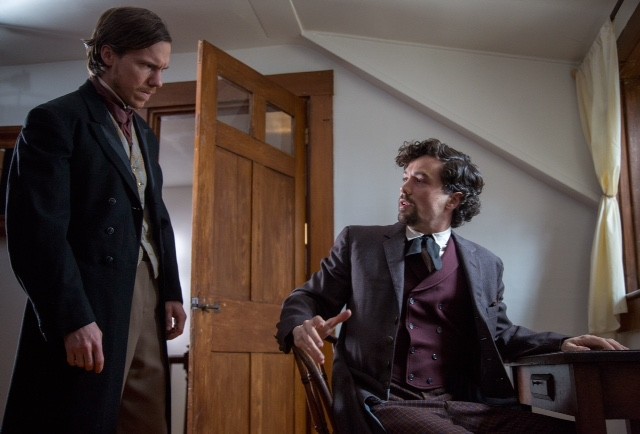 CORRECTION ON GIRLHOOD DATE, SEE BELOW.

The new film by Vermont filmmaker Jay Craven enters statewide previews this week, with showings in Brattleboro, Montpelier, Burlington and St. Johnsbury on four days starting today, April 29. The official premiere of the film, which stars Jacqueline Bisset, will take place in late June, but residents across the Green Mountain State can get an advance look.

Based on the Guy de Maupassant novel Pierre et Jean, the literally translated Peter and John is set in late-19th-century Nantucket, and concerns a difficult patch in the relationship between the two titular brothers. That description may raise questions, given that Craven, a Vermont resident and instructor at Marlboro College, is known for making films with, about and for Vermonters. Nantucket is decidedly not located in Vermont; indeed, the film was funded in part by the Massachusetts Film Incentive Program.

Vermont has no such incentive program for filmmakers, a shortcoming to which Craven has drawn much attention over the years. Yet what filmmakers do is make films, even if they don’t receive any economic support from their home states. In the case of Peter and John, a filmmaker strongly identified with Vermont has effectively taken his business elsewhere. The situation raises the very question of what the phrase “Vermont film” means, exactly.

Regardless, Vermont viewers have the chance to see Peter and John this week. The film’s schedule is below. All shows begin at 7 p.m., with Craven and others speaking before each screening at 5:30. Check with theaters for ticket prices.

One night before it hosts Craven’s new film, Burlington’s Main Street Landing will hold a screening of the critically acclaimed film Girlhood. The movie shows at 7 p.m. in the Film House. Tickets are $8.

Girlhood, directed by Céline Sciamma, made the global festival circuit last year and is finally coming to Burlington. The film, which has won and been nominated for multiple awards, concerns a French teenage girl who rejects her family and friends to start a new life with a group of three like-minded, free-spirited young women.

Stick around after the screening for a discussion about the film with members of the Burlington Film Society.

CORRECTION: Due to a scheduling conflict, Girlhood plays at Main Street Landing not on April 30 but on May 14. Apologies for the error.