Neilgate Sucks, But It Ain't a Scam | Live Culture

Neilgate Sucks, But It Ain't a Scam 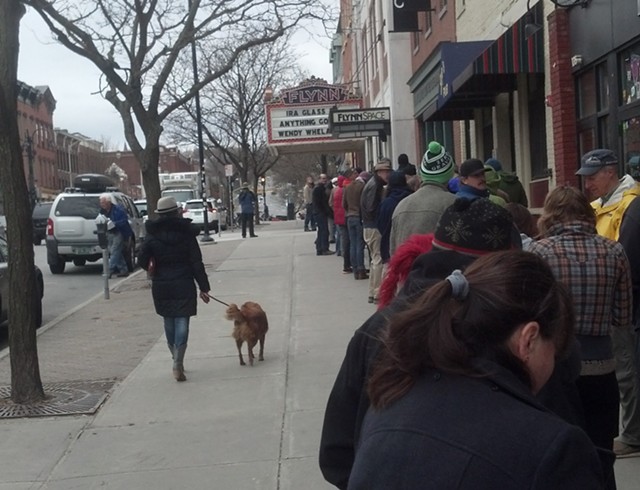 This just in: Getting tickets to see Neil Young at the Champlain Valley Expo in July has been a colossal pain in the ass. The website crashed. Phone lines are jammed. Angry emails and Facebook comments are flying in with unprecedented speed and vitriol. And that was just at the Seven Days offices this morning. We can't imagine what it's been like at the Flynn Center for the Performing Arts Box Office.

Obviously, the fiasco surrounding ticket sales for Young's show is unfortunate. But, as of this writing, congestion at flynntix.org is reportedly easing, and folks are beginning to get through; that appears to be the case for those seeking tickets via phone and in person, too. It sucks. But it's not a scam.

The most common accusation being heard and parroted so far is that the Flynn ticket site crashed because mega ticket brokers assaulted it, scrounging up tickets for resale at extremely marked-up prices. The evidence cited is that certain secondary market ticket websites, such as Stubhub, have had bundles of tickets available at two to four times face value, some for many days before tickets were even on sale. We can't confirm or refute that scalpers bombarding the site caused it to crash. (Maybe lots and lots of people wanted to see Neil Young? Just a hunch.) But tickets being listed on secondary market sites before they're actually on sale is not evidence of a scam at the Flynn. It's actually pretty routine.

Here's what Flynn Center rep AJ Fucile has to say:

We know that there is a problem and have been working very hard to fix it. It has been difficult to find the source, and we are still working on it. Orders are starting to go through now, and sales have continued by phone and window since we opened.

We have had a lot of feedback about tickets on scalper sites. No tickets were printed prior to this morning, and we absolutely have not allocated any tickets to anyone else for sale. What most people are seeing is called “Speculative Listing” — sites listing tickets prior to receiving them, confident that they will be able to later procure them and flip them at unreasonable prices. We in no way endorse this, and a few years back I tried to have a law passed making scalping illegal. Stub Hub flew a lobbyist out from California to fight me, and won. Capitalism rules. I would encourage everyone to contact Montpelier and ask that speculative listings be made illegal. It’s on my list as something to pursue.

In the last hour or so, performance has improved. Orders are starting to come through and process via the web.


And, according to Alex Crothers of Higher Ground Presents, which is presenting the concert:

Despite the website crash, there are plenty of great tickets still available, and [fans] shouldn’t fall prey to the ticket scalpers.


We'll have more on Neilgate in this week's Soundbites column. Until then, good luck out there. And keep on rockin' in the free world.