Lendway Return! (Then Go Away) 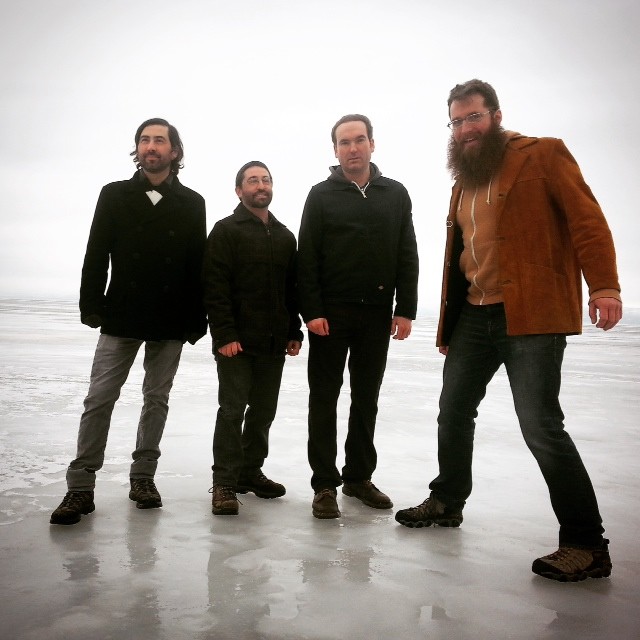 When they broke on the local scene in 2007, Lendway quickly emerged as one of Burlington's most promising bands. Melding bright and deceptively intricate indie-rock guitar jangle with airily complex vocal harmonies and catchy pop hooks, they became scene darlings almost overnight.

The band's 2008 debut, The Low Red End, was among the finest local albums of that year, if not that entire decade. And subsequent follow-ups, including the oddly controversial 2009 EP Lights Disappear in Yellow Smoke and a 2011 full-length, Giant Places, suggested rapid artistic maturation. And then … they disappeared.

Actually, that's not quite right. Lendway didn't disappear as much as they transmogrified. In 2013, the quartet reemerged as the High Breaks, a surrealist instrumental surf-rock band influenced as much by David Lynch as Dick Dale. Clad in snazzy silver suits and Wayfarers, the band has crested the still-rather-inexplicable recent wave of landlocked surf music in Vermont. But Lendway have remained curiously quiet.

Well, there's good news and bad news on that score.


Lendway are back in action. After a tuneup gig at Radio Bean last week, the band plays Nectar's this Saturday, April 11, opening for local outlaw dirt rockers Waylon Speed. That's the good news.

The bad news is that Saturday will be the last Lendway show for the foreseeable future, as guitarist and vocalist Michael Clifford is set to move to California. (Note to Clifford: Stock up on water.)

Bummed though we are to lose Clifford to the left coast, there is more good news. In a recent email, guitarist and vocalist — and general musical chameleon — Matt Hagen writes that Lendway have another full-length album in the can that should see the light of day before too long. He adds that the High Breaks, who will continue to write and perform sans Clifford, have a full-length of their own on the way, likely out in the relatively near future. (Our suggestion: Summer jamz, yo!)

Hagen says that revisiting Lendway tunes that even he hasn't heard for two-plus years has been a trip. And he's tickled by how well that material holds up.

"Leonard Cohen, I believe, said it takes a song at least five years to mature," he writes. "I truly believe in that and it's been very fun practicing these songs and hearing how they've matured on their own."