This week in movies you missed: Belle and Sebastian frontman Stuart Murdoch creates a candy-colored, gorgeous-sounding musical drama that is high on angst and whimsy and low on plot.

What You Missed
Eve (Emily Browning) is a twentysomething compulsive songwriter undergoing treatment for anorexia at a mental hospital near Glasgow. On an illicit outing to a club in the city, she meets guitarist James (Olly Alexander), who's frustrated by the tendency of pop drummers to drown out his delicate vocals.

When Eve is released from the hospital, the pair teams up with the aimless Cassie (Hannah Murray, who played another memorable character named Cassie on the British "Skins"), and the three of them … do stuff.

"Stuff" includes wearing fetching thrift-shop ensembles, taking scenic outings by canoe and bike, debating whether all the "great pop songs" have already been recorded, and, eventually, recording a few songs of their own. When they're not engaging in dream-theater-style song-and-dance numbers, these kids are singing about their feelings in bathrooms and on bike paths.

Meanwhile, James pines for Eve, while Eve pines for a real music career. She hopes the cassette tape she asked her arrogant rocker sort-of-boyfriend (Pierre Boulanger) to give to a radio DJ will be her ticket to something better.

Why You Missed It
Written and directed by Murdoch, with songs from his album of the same name, God Help the Girl premiered at Sundance in 2014 and played 59 U.S. theaters. It's now available on Amazon Prime, with a U.S. DVD release on April 14. 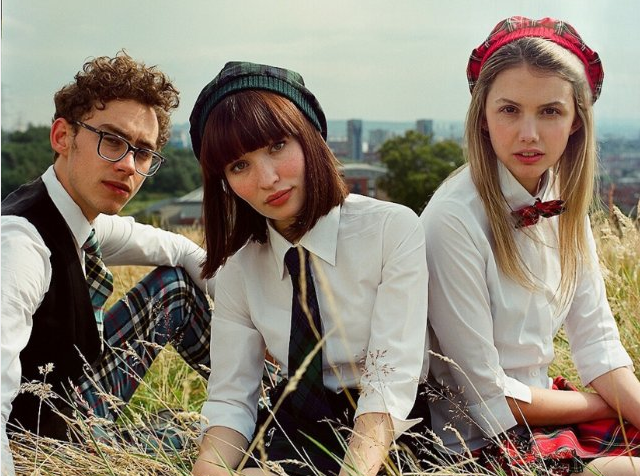 And … Seven Reasons Not to Miss This Movie

Verdict: God Help the Girl is lovely visual and musical wallpaper, but for me, there just wasn't enough there there. While Murdoch's script had cutting, insightful, even funny moments, I wanted more of them.

But this is one of those earnest, uncynical artistic endeavors that either speaks directly to the viewer or doesn't, so others will surely disagree.

This Week in Theaters
In the latest family flick from DreamWorks, an alien gets Rhianna's help to find his way Home (I think?). Meanwhile, in Get Hard, Will Ferrell plays a millionaire who makes the mistake of assuming Kevin Hart can teach him how to survive San Quentin.

It Follows a girl who makes the mistake of hooking up with the wrong guy, and if you want to know what "it" is, head to the Roxy for David Robert Mitchell's indie horror flick. Bradley Cooper and Jennifer Lawrence play dress-up in the long-delayed Depression-era drama Serena, at the Roxy and Capitol.

This Week in Your Living Room
The Hobbit: The Battle of the Five Armies, Into the Woods, Unbroken