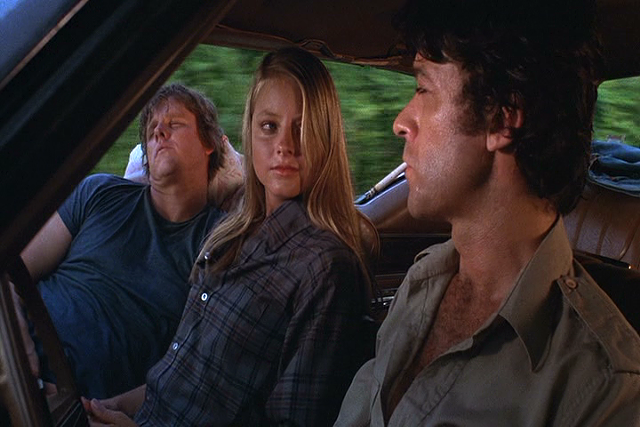 In high school, I developed the habit of watching movies as I drifted off to sleep. After I’d watched my evening film (or two, or three) and could hold back sleep no longer, I’d find yet another film on some cable channel, turn the volume down to “just barely audible” and lie down. Within minutes, I’d usually fall asleep, leaving it to my mother to turn off the TV in the morning.

I carried that habit into graduate school, and remember that one night, just before falling asleep, I caught the briefest snippet of the 1980 film Carny. As a longtime admirer of the Band, I was surprised, even in my drowsy state, to see Robbie Robertson acting in the film, as I didn’t realize that he’d appeared in anything besides The Last Waltz. I mentioned the film to a cinephile friend later, and he told me that the movie was well worth my time.

It took me a while to take his suggestion, but I did finally get around to a (fully waking) viewing of Carny, an odd, grimy little film — no masterpiece, but a small feast for a certain breed of film lover. I speak as a member of that breed: The chief pleasure for me in watching Carny was savoring the performances of its many talented character actors, some of whom rank among my very favorites. 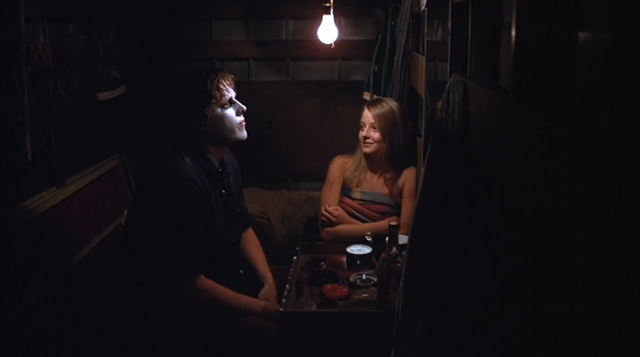 My wife watched the film with me, and I think I annoyed her by calling out the names of many of the film’s actors when they made their first appearances. “Elisha Cook Jr.!” I’d exclaim. “Tim Thomerson! Robert DoQui! Holy crap, it’s Fred Ward!” I’m sure it got tedious after a while, but if Tim Thomerson isn’t worthy of an excited exclamation, then no one is.

As enjoyable as it was for me to watch these and other performers — including Bert Remsen, who’s one of my favorites, and the always-weird Meg Foster — the odd thing is that Carny gives most of them precious little to do. The screen time the film gives to terrifically talented actors like Remsen and Thomerson can be easily measured in seconds, and this is especially true of DoQui and Ward, who appear together in a single brief scene. It sort of makes one wonder why the film’s creators even bothered with “name” actors — perhaps they were just calling in favors. 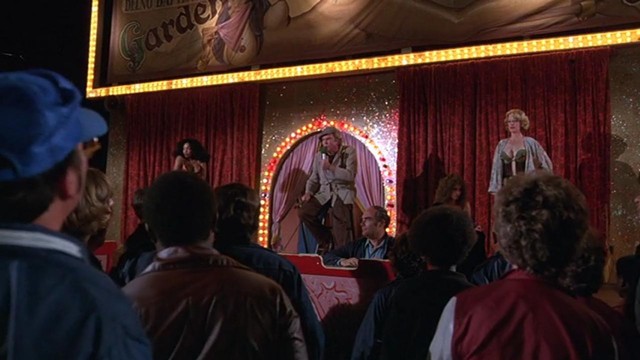 The “all-star” cast of Carny reminded me of that of The Greatest Story Ever Told (1965), George Stevens’ film about the life of Christ that is famous for its bloated, underutilized cast of top-tier Hollywood talent. Check out the unbelievable cast credits, and you’ll wonder how even United Artists in 1965 could have afforded to pay all of these “above the title” performers. The answer is that many of those actors, pious or otherwise (among them Pat Boone, Angela Lansbury and, most famously, John Wayne), acted in their brief scenes for little or no salary, given that this was such a “serious” and “important” film.

I consider John Wayne to be an excellent and tremendously underrated actor. But he manages in The Greatest Story Ever Told to deliver his single line — “Truly, this man was the son of God” — in about as stilted a manner as possible. You can watch the entirety of Wayne’s performance in this film below. Thanks, internets! I have digressed.

Carny’s “incomplete” use of its talented cast is one of the signs that the film is actually not all that well made. Other such signs include the film’s numerous, small but noticeable continuity errors, awkward pacing and, save for a few pretty good compositions, a fairly indifferent use of the camera. Still, the film has plenty of assets to recommend it, one of which is, indeed, the performances of the character actors who are given more substantial roles. They include Kenneth McMillan (better known as The Guy in the Inflatable Space Suit in Dune) and the endlessly brilliant Elisha Cook Jr.

More than that, though, Carny is absolutely steeped in the milieu of the traveling carnival in which it is set. In his youth, Robertson used to work as a carny, and he drew on his own experiences in cowriting the film’s screenplay. I can hardly imagine a better depiction of the transient seediness of carny life. It’s all here, from the drunken oglers at the burlesque show to the chintzy hustles built into every game of chance to the small-town chiselers who try to steal a piece of the carnival’s action. (Perhaps the finest performance in the whole film is delivered by the great Bill McKinney — best known as the creepy rapist mountain man in Deliverance — as a “gentlemanly” con man.)

While it’s important to remember that fiction films are not documentaries, and therefore should not be used as honest-to-goodness historical texts, many of them nevertheless refer to and embellish history in such a way as to make it especially vivid. Carny does this in its depiction of its carnival’s “freak show,” a sideshow feature that has mostly vanished from modern carnivals, chiefly for reasons having to do with the protection and dignity of the performers. Carny depicts the carnivals of the 1970s (and earlier, if indeed it draws on Robertson’s youthful experience), in which the freak show was a common and expected attraction. The cast includes several performers who achieved a measure of renown as “freaks,” including Emmett Bejano as “The Alligator Skin Man”; his wife, Percilla Bejano, as “The Monkey Girl”; and Pete Terhune as a fire-eating dwarf.

Most memorable, though, is “Fat Man” George Emerson, who, as “Jelly Belly Harold,” gets the film’s only musical number, a cover of the great Fats Domino hit “The Fat Man.” Though it’s difficult to know for certain, Emerson appears to do his own singing and playing, and his rendition of the song is terrific and unexpectedly moving.

Play us off, George.