On Screen This Week: Radicals and Beats, Alice and Patrick | Live Culture

On Screen This Week: Radicals and Beats, Alice and Patrick

This week, cinemas all over the state will host films from all around the globe.

The Dana Auditorium at Middlebury College will screen Something in the Air, a recent film by the marvelously talented French director Olivier Assayas, who’s regarded by many as one of the best living filmmakers. The semiautobiogaphical film, about a young man who’s torn between his passions for art and for political radicalism, won the screenwriting prize at the 2012 Venice International Film Festival.

Something in the Air screens at 3 and 8 p.m. in Middlebury College’s Dana Auditorium. Free.


At another of Vermont’s colleges this week, screenwriter Austin Bunn will be on hand to present and answer questions about Kill Your Darlings, the 2013 drama that he penned. Bunn’s talk, and the screening of the film, will be presented under the aegis of the Norwich University Writers Series — highly appropriate, given the film’s subject matter. Kill Your Darlings is set in the milieu of the early days (and daze) of the Beat Generation, and features Daniel Radcliffe as Allen Ginsberg, Ben Foster as William S. Burroughs and a host of other familiar faces in the roles of proto-hippie authors. 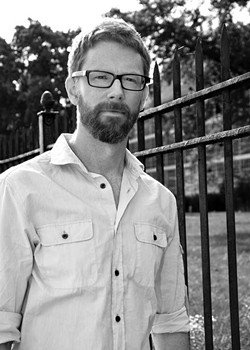 The film’s morbid title, incidentally, is a reference to a piece of writerly advice, which I first heard as an undergraduate film student certain I’d soon pen the next big blockbuster. If you have a scene (or a line, or a word) that you absolutely love, it’s probably a good idea to excise it from whatever you’re writing, lest its putative incandescence detract from the piece as a whole.

Kill Your Darlings, followed by a Q&A with screenwriter Austin Bunn, is at 6 p.m. in Norwich University’s Cabot Hall. Free.

This week also sees the kickoff of the Vermont International Film Foundation’s “Global Roots” series, the mission of which is to screen films from the home nations of some of Vermont’s New Americans.

The first film in this year’s three-film series is the 2012 Nepalese feature Highway, which employs a time-tested narrative device to explore the new political realities of post-revolutionary Nepal. That device, which has worked for artists in all media and in all eras, involves placing several radically different people in a small, enclosed location; tensions mount when personality types clash. In the case of Highway, the situation unfolds on a bus traveling from eastern Nepal to the capital city of Kathmandu; conflicts arise when the bus is halted by protesters.

Highway screens at 6:30 p.m. at the Community College of Vermont’s Winooski location. Free.

At last Sunday's Academy Awards ceremony, Julianne Moore picked up the Oscar for Best Actress for her performance in Still Alice, the recent drama about a professor who develops Alzheimer’s disease. The Oscar was the icing on the cake for Moore, one of the most gifted of all screen performers; the role also earned her a Golden Globe, a BAFTA award, a Broadcast Film Critics Association award and plenty of others.

Though the Fletcher Free Library will not screen Still Alice, it will host a “community dialogue” about the film and the health issues that it raises. Those who attend the free event are invited to share their reactions to the film, as well as their thoughts on how Alzheimer’s affects residents of Vermont.

The community dialogue about Still Alice takes place at 6 p.m. at the Fletcher Free Library in Burlington. Free.

Produced in Ireland and released last year, Patrick’s Day recently won the Feature Film Contest that is one of the components of the annual, traveling Manhattan Short Film Festival, which the Roxy also hosts. Every year, that festival’s selection committee picks a single film that they believe should receive a wide, theatrical release.

The film concerns a young man with schizophrenia who struggles to achieve intimacy. Patrick’s Day has won multiple awards, including several for its lead actor, Moe Dunford.