Last week, I experienced an unprecedented and utterly joyous moment of cinematic serendipity. By pure chance, I stumbled across a little oddball jewel of a film on Netflix — a film that, I think, must somehow have been made with me in mind. I am this film’s ideal spectator. Phase IV is one of my new favorite movies.

Netflix gets a lot of flak for having too shallow a library in its streaming service, but, in my opinion, this criticism is inaccurate. Netflix has a gigantic library; it’s its search feature that’s crappy. Subscribers’ Netflix home screens are presorted by viewer preference, and highlight only several dozen titles in a small handful of categories. Though it’s difficult to find hard numbers, the Netflix catalog clearly runs deep, and certainly offers the widest array of titles of any of the major online streaming services. Yet it’s nearly impossible to get past the small number of “Recommended For You” titles. How to access Netflix’s “deep tracks”?

One little end-around that opens up a back door into the greater expanses of Netflix’s streaming library is to do a search for just a single character. Try searching for, say, the letter “B,” and you’ll get a list of every entry that has a B in its title or description, as well as a list of actors and directors with that letter in their names. While I’m sure there are better ways to do this (such as third-party apps that allow subscribers to access the deep catalog — please leave a comment here if you know about them), I sort of like the crudeness of the method and the unexpectedness of the results it can yield. 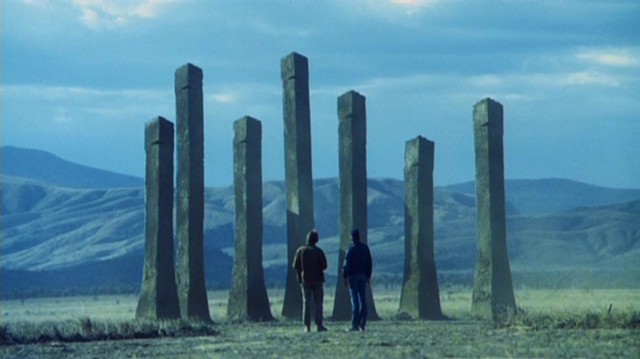 A few nights ago, I ran such a search for, at random, the letter “P.” I learned, first, that approximately 20 percent of Netflix content pertains to the animated penguin Pingu; then, more interestingly, that I could use Netflix streaming to watch the 1974 film Phase IV.

I clicked on Phase IV because its image features an ant, and I’m more than a little obsessed with ants, which I regard as the single most fascinating organism on the planet. (Tardigrades come a close second.) The “info” screen for the film informed me that it was made in 1973 (I am especially interested in films from the 1970s), directed by Saul Bass (holy crap! Saul Bass made more than just really fantastic title sequences?) and features Michael Murphy, an actor I’ve admired for decades, mostly for his work with Robert Altman. Still, it was late. And, having just watched multiple episodes of “Archer” (my new favorite show, and in fact what I’m usually watching these days, despite the contents of this column), I was tired. Then I noticed that the film had an expiration date: It would only be available on Netflix for one more day. 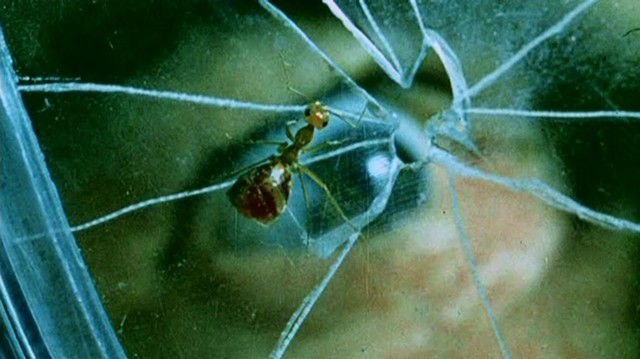 Nudged rather decisively in this direction by the aforementioned forces of cinematic serendipity, my dog and I hunkered down to watch a genuinely odd and totally fascinating film. My mouth hung open for much of the time I was watching it, and since then, the more I’ve read about Phase IV, the more intrigued I’ve become.

For years, I’ve had a half-serious, half-jokey theory about ants, which centers on their status as warlike creatures. We humans, my theory states, are fortunate that ants are so busy waging war on other ants. Should they decide to cast aside their internecine squabbles and fix mandibles on their common enemy — namely, a certain species of big-headed, bipedal primates — they’d be assured an easy victory. The little guys certainly have the numbers. By some estimates, there are more than one million ants for every person on earth.

Furthermore, certain ants possess the advantages of flight, poison, terrific strength, blind loyalty and, most importantly, a sophisticated social network that dispenses with the all-too-human weakness of privileging the individual. Besides the well-guarded queens, no single ant is important in the slightest; rather, it’s the mass of ants that matters.

The chief reason that I watched Phase IV with slackened jaw is that it takes as its premise my little ant theory. I couldn’t believe I’d never even heard of this film, especially as its standpoint on ants is identical to my own. I was further astonished by my ignorance of this film when I learned, later, that it had been featured on an early episode of “Mystery Science Theater 3000,” which I used to watch fervently.

Fond though I once was of that show, I didn’t always agree with its choices of mockable films. (Danger: Diabolik? Seriously? That film is an out-and-out masterpiece any way you slice it.) I certainly don’t consider Phase IV to merit mockery of the MST3K variety. The most pleasant surprise for me in stumbling onto this film is that it’s actually very good. 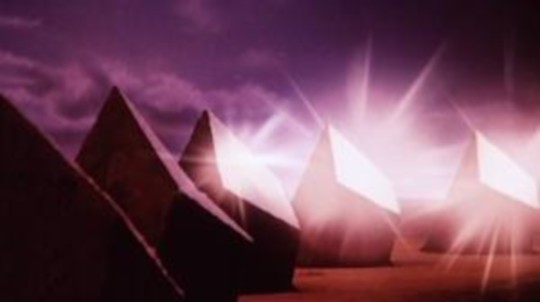 Somewhere in my trivia-addled brain lurked a tidbit about Saul Bass directing at least one film; in fact, I thought he’d directed a few, but apparently Phase IV is his one and only feature-length motion picture. Bass is best known as the designer, illustrator and animator responsible for some of the most iconic film-title sequences of them all: Psycho, North by Northwest, The Man with the Golden Arm, Anatomy of a Murder, Bonjour Tristesse. A persistent rumor also has him as the director of the shower scene from Psycho, a fact that my undergraduate film advisor and mentor, Jeanine Basinger, refuted vehemently — as an expert on American cinema, she would know. 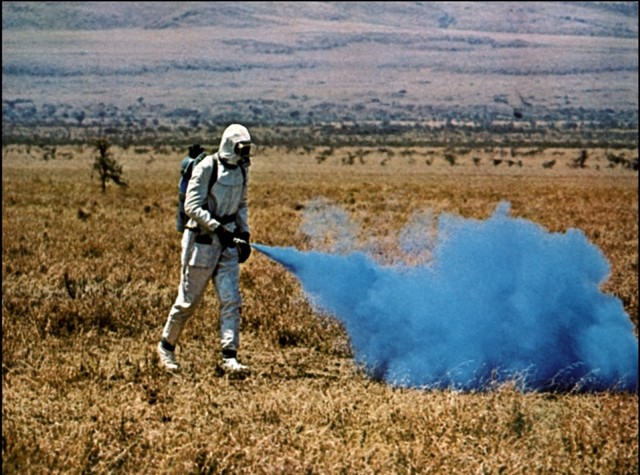 Bass’ one film as a director is a doozy, replete with gorgeously designed sets, a wild color scheme and incredible microcinematography of the film’s six-legged antagonists. The gorgeous scenes of ants doing their myrmecological thang, which make up perhaps a quarter of the film’s running time, were helmed by one Ken Middleham, who performed similar tasks for such other creepy-crawly films as The Hellstrom Chronicle and the William Castle-produced Bug. The film spends nearly as much time with teeming hordes of insects as it does with people, of whom there are only six in the cast.

The list of Phase IV’s curious qualities goes on and on. Not only are its sets and cinematography visually striking, but its electronic soundtrack is psychedelically beautiful and weird, as you can hear below.
Even more intriguing is the fact that Bass shot an alternate ending for the film, in which it is suggested that the next step in humankind’s evolution is some kind of mutational merging with antkind. That ending, fairly recently rediscovered, has made its way to the internet. It won’t make much sense unless you’ve see the whole film, but it’s plenty odd on its own, and it gives a taste of this remarkable film’s privileging of the visual.  Add to all this that Phase IV appeals to my inner film dork (i.e., the entire core of my being) by making overt, graphical reference to Luis Buñuel’s and Salvador Dalí’s avant-garde classic Un Chien Andalou (compare the images below), and the film has vaulted to the upper echelons of my regard.

I wish I could direct you to Netflix to watch Phase IV, but it was pulled from the online catalog mere hours after my viewing of it. I’m a little miffed about this, myself, as I’d sure like to watch it again right now. Other streaming services offer the film, though, and it’s also available on DVD. I strongly suggest you give it a look. If you don’t, you’ll likely find yourself unprepared for the coming Antpocalypse.