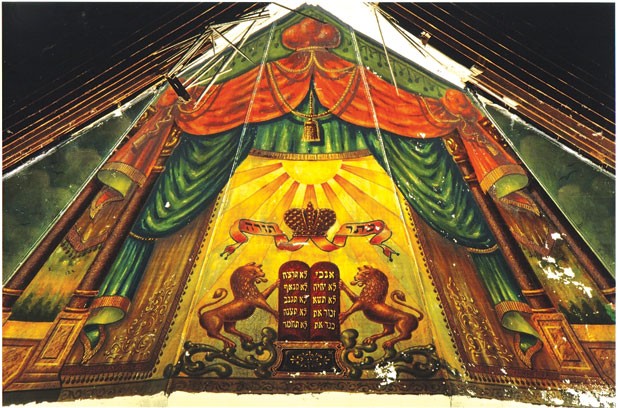 A remarkable, historically important religious mural will make its public debut this week in Burlington.

The Lost Shul Mural, which was nearly lost beneath layers of paint and decay in an apartment building in the city's Old North End, will be made available for public viewing for just two afternoons: 1-3 p.m. on Sunday, December 14, and Sunday, December 21.

After these viewing opportunities at 105 Hyde Street, the mural will undergo extensive restoration and relocation to nearby Ohavi Zedek Synagogue on North Prospect Street.

The Lost Shul Mural, which dates from 1910, occupies a unique historical intersection of religious, state and neighborhood history. The campaign to raise funds for its restoration are still ongoing. When the project is complete, Burlington will have reclaimed a fragment from its history that was nearly lost forever.

Correction 12/13/14: The viewings are on Sundays, not Saturdays as originally stated.