Vermonter Oscar Williams to Appear in Fun Home on Broadway 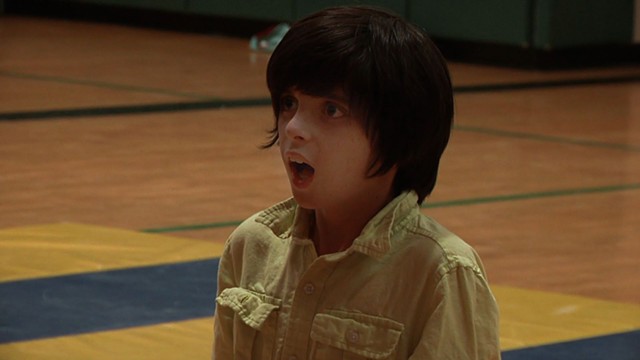 Last month, Seven Days multimedia producer Eva Sollberger followed Oscar from a Burlington hair salon to Mary Hogan Elementary School in Middlebury, where he was rehearsing for Oliver! The show, produced by Middlebury Community Players, ran at Town Hall Theater, and featured Oscar's dad, Tom, as the Artful Dodger. If you missed that episode of "Stuck in Vermont," you can watch it below or here.

Oh, and that New York City audition? Oscar nailed it!

According to today's Playbill, he has earned a part in the Broadway production of Fun Home. The musical, based on the coming-of-age graphic memoir by Vermont cartoonist Alison Bechdel, launched off-Broadway at New York's Public Theater in October 2013, and will open at Circle in the Square on March 27, 2015. The book and play follow the story of the lesbian artist's early life in a family-owned funeral home, and the tragic death of her closeted father. Jeanine Tesori and Lisa Kron wrote the musical.

Several actors who performed at the Public Theater have been tapped for the Broadway show, including Beth Malone and Sydney Lucas as grown and little Alison, respectively. Oscar's role is Christian, one of Alison's two brothers.

Congratulations to a young Vermont actor whose very name may portend his future. We'll be watching.