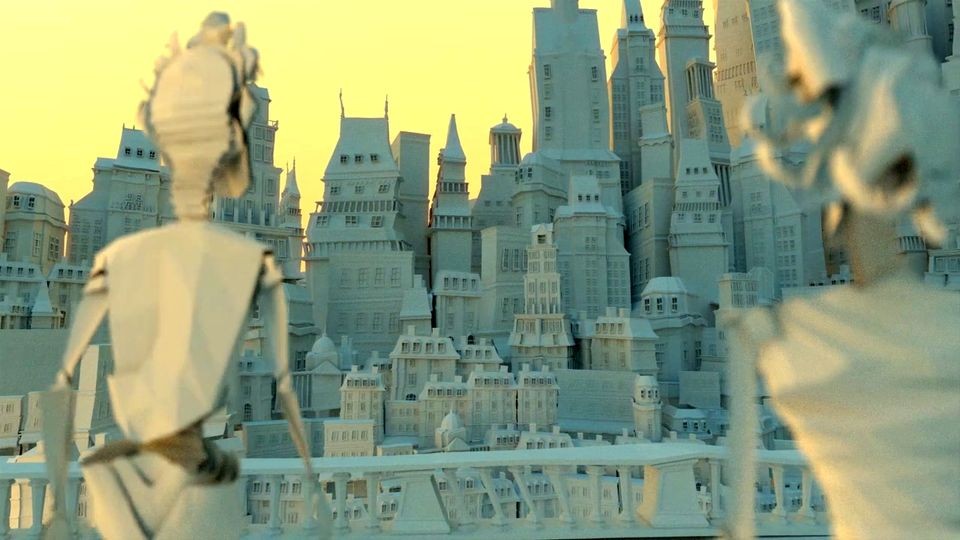 Last evening, at the opening-night party that immediately followed the screening of Lukas Moodysson's crowd-pleasing We Are the Best!, the Vermont International Film Foundation announced the winners of the state's equivalent of the Oscars.

Announced by Eva Sollberger, Seven Days employee and creator of the long-running video series Stuck in Vermont, the awards celebrated the best and most innovative Vermont films and filmmakers submitted to the fest, as decided by VTIFF judges. (Not all of the Vermont Filmmakers' Showcase films had been screened at the fest at press time; judges viewed all submissions in advance of the festival.) A packed house at Burlington's Skinny Pancake noshed on noshables as Sollberger read the results from a small stage.

The big winner of the evening was "11 Paper Place," a charming, digitally animated film supervised by Daniel Houghton and featuring the talents of several of his film students at Middlebury College. "11 Paper Place" won the evening's two most prestigious prizes: the Ben & Jerry's Award, which goes to the Vermont film that most eloquently raises environmental issues; and the James Goldstone Award for the most promising emerging Vermont filmmaker. (Disclosure: Houghton is the spouse of Kids VT Managing Editor Megan James.)

Another multiple-award winner was Robert Fritz's feature-length supernatural drama Past Tense, which picked up the awards for both Best Acting and Best Screenplay.

"Dark Legacy," a short film about evil porcine spirits, won Best Cinematography; Rob Koier's "The North Star," a short about an escaping slave, won the Footage Farm USA award for its raising of important global issues. The ceremony concluded with an open invitation from Vermont PBS for Vermont filmmakers to submit their works to the network for its planned showcase of in-state cinematic talent on the new channel Vermont PBS Plus.

This was just Day One of the festival. VTIFF will screen nine more days of films, both local and global, at this 29th annual event.

Checking in with Burlington Records; The Arrival of 'Ethan Alien'
Top Stories