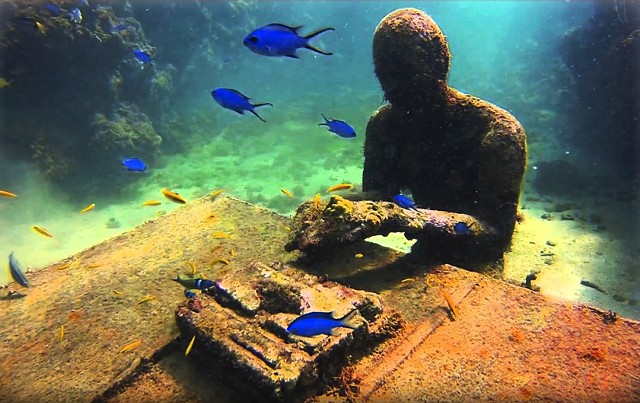 Its sister festival to the north may sport a larger budget and a wider sampling of films, but the Brattleboro Film Festival is seriously bringing the cinema to southern Vermont.

With a program that spans more than 10 days, the third annual Brattleboro Film Festival, which will take over the town's historic downtown Latchis Theatre, features 31 films and a number of special events. Cinephiles who live halfway between Brattleboro and Burlington may find themselves torn, as the BFF and the Vermont International Film Festival overlap from October 31 through November 2.

In fact, the two festivals share more than the same space in the calendar. Five films — including the undersea documentary Angel Azul, the Brazilian animated feature The Boy and the World and the acclaimed documentary The Overnighters — will play at both fests.

Other films in the Brattleboro Film Festival hail from such countries as South Africa, Sweden and Japan, and include everything from anime to films about sex-centric road trips to a documentary about two of the royal families of American folk music. Fiction films, documentaries, features and shorts are all represented in a wide-ranging, diverse program.

The festival distinguishes itself by being run and managed entirely by volunteers, and by holding an opening-night reception that is free and open to the public. Patrons are invited to preregister for two free workshops on "home-grown filmmaking," to be led by festival advisor Tim Metcalfe, whose screenwriting credits include the beloved 1984 comedy Revenge of the Nerds. Another freebie: High school students can claim free tickets just by showing a valid school ID.

For a full schedule of films and other information, visit brattleborofilmfestival.org.