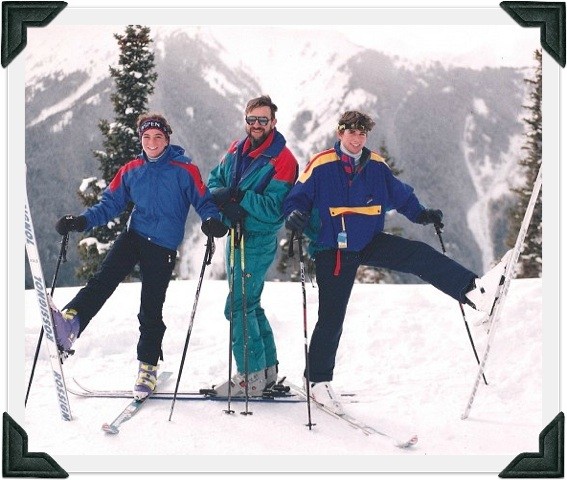 I don't know about you guys, but my awkward family photos tend to just gather dust on the mantel. I see them, I cringe, I walk away. Not Mike Bender, the 1997 Middlebury College grad behind the popular website awkwardfamilyphotos.com.

In April 2009, the Los Angeles-based screenwriter — who penned the script for Not Another Teen Movie (2001) and several seasons of the MTV Movie Awards — traveled home for a vacation and spotted his mom displaying a ski vacation photograph. He admits that his first impulse was to cringe.

"At first, I couldn’t understand why she was memorializing what I thought was an awkward moment," Bender recalls.

Then inspiration struck: "I sat down with my writing partner [and childhood friend Doug Chernack] at the time and told him about it. He was like, Oh, my God, my house is full of those. We thought if we had them, everyone must have them. So we launched a website to see if people would submit theirs."

People did. Shortly after launch, the website went viral. "We had over a million impressions the first week," says Bender. "The following Monday we woke up and heard from the New York Times and Time Magazine and the "Today" show. It was bizarre."

Though Bender and Chernack had no prior experience managing a website, the two writers were soon devoting their energies to the project full-time.

"When it took off, both me and my partner had to ask ourselves, did we want to pursue it?" says Bender. "It was such an interesting and weird and different opportunity. We had to learn about everything online, so we learned about a whole new world. We decided to go for it."

Plus, the opportunities — and the awkward family pics — just keep coming.

Bender will travel back to Vermont this week to give a public talk at his alma mater, where a touring national exhibition of Awkward Family Photos appears at the student center. At the talk on Saturday, October 25, Bender says he plans to share the website's origin story, memories of building the business and a lot of photographs.

Though the photographs on the website tend to draw chuckles, Bender emphasizes that the goal is to provide a safe space. "We always set out to make it about a celebration of awkwardness," he says. "We’re certainly not trying to make anyone feel bad and make fun of anybody."