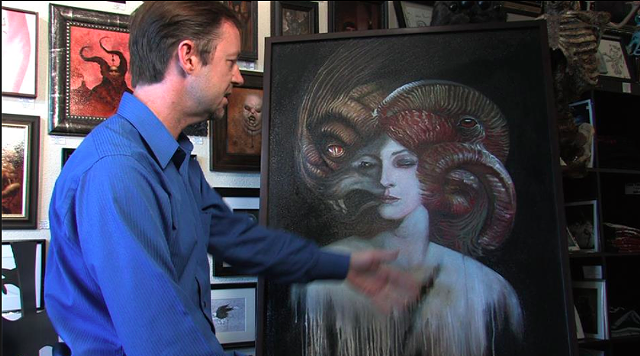 This week in movies you missed: Why do people spend months turning their homes into Halloween scare houses? Why do they flock to tours of Jeffrey Dahmer's Milwaukee haunts? Why do they collect the autographs and artwork of serial killers?

Two recent Halloween-y documentaries, The American Scream and Serial Killer Culture, explore these questions about the fascination of fear.

What You Missed
In the small town of Fairhaven, Mass., trick-or-treaters can visit three elaborate houses of horrors created by passionate amateurs. Directed by Michael Stephenson (Best Worst Movie), The American Scream profiles them, with a special emphasis on family man Victor Bariteau.

An IT guy by day, Bariteau grew up in a religious home where Halloween wasn't observed. Determined to make up for lost time, he bought his home largely for its perfect trick-or-treating neighborhood. Now he painstakingly crafts gruesome models and animatronics to scare his neighbors, while his wife, two daughters and pet ferrets help out, with various degrees of enthusiasm.

Serial Killer Culture profiles a thriving subculture of artists and collectors who fixate on serial killers the way other people fixate on movie stars. Among them are John Wayne Gacy's long-time art dealer, a "metal murder" band, the owner of a "dime museum" of creepy curiosities, and the young woman who runs the aforementioned Dahmer tours.

Director John Borowski takes the unusual step of using himself as a subject, since he's the auteur behind three profiles of famous killers. That should give you a sense of the slant of Serial Killer Culture: While a few of Borowski's subjects do wonder why people find torture and murder so fascinating, the film is basically a celebration of their hobby.

Why You Missed Them
Neither documentary appears to have had a theatrical release. Both are available on Netflix and Amazon Instant. 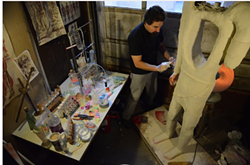 Should You Keep Missing Them?
As a horror fan, I'm deeply curious about why some people love to experience terror in a safe context, while others want nothing to do with it. These aren't great documentaries: Both are rambling and overlong, with more affection for than insight into their subjects. Still, here are seven things I learned:

Verdict: The American Scream: no scares, no cringes, some sweetness and light.
Serial Killer Culture: no scares, tons of cringes. I felt dirty after watching this movie, but I can't say it didn't make me think. As someone who wrote a whole novel about a serial killer, how far removed am I from the people who correspond with actual killers and prize their clothing and autographs? How do we acknowledge the widespread fascination with sociopaths while giving victims the respect they deserve? Where do we draw the line? Yes, many people are inexorably drawn to bloody accidents. Yet I don't think anyone, including the media, should treat relics of actual crimes cavalierly for shock value.

This Week in Theaters
Guillermo del Toro produced the kids' animation The Book of Life. The Best of Me is the latest Nicholas Sparks weep-athon. Brad Pitt commands a WWII tank in Fury.

At the Roxy only, a star-studded ensemble cast bemoans the internet in the latest from Jason Reitman: Men, Women and Children. Also, an indie documentary called American Bear.

At the Savoy only, the Patricia Highsmith adaptation The Two Faces of January.

This Week in Your Living Room: Venus in Fur, X-Men: Days of Future Past.