The Case of the Phantom Polka Station | Live Culture

The Case of the Phantom Polka Station 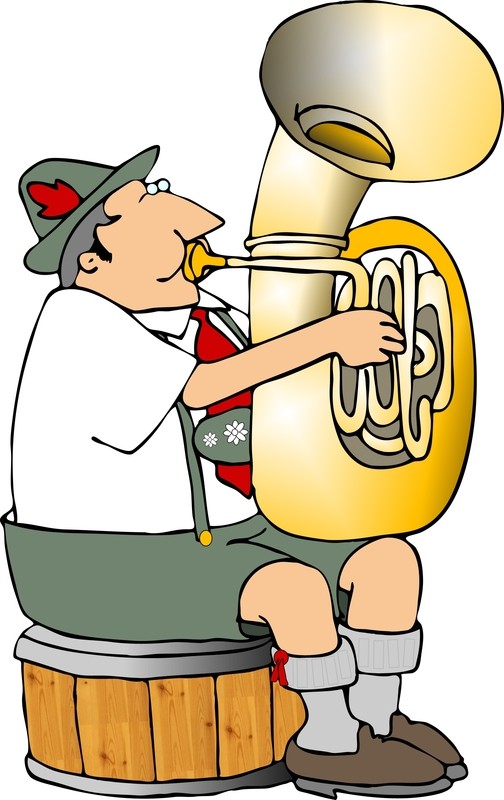 Recently, classic-rock fans in the Champlain Valley tuning to Barre's 107.1 "Frank" FM were surprised to find that, rather than their daily fix of "More Than a Feeling" and "Rock You Like a Hurricane," the frequency was broadcasting polka music. On repeat. Around the clock. Seriously.

In between revolutions of what appear to be the same handful of tunes over and over — though how anyone can tell the difference is a question for another day — an ad trumpets the impending arrival of "107.1 FM the Barrel: the Future Home of Polka in the Champlain Valley."

Apart from polka die-hards (we assume there are some), the staff at Das Bierhaus and maybe some Old World German grandparents, the collective response from most listeners in Burlington and surrounds was, roughly speaking, "What the f …?"

So is this a joke? Has Frank FM really changed formats? To polka? (Franz FM, perhaps?) Is the nonstop polka a predictor of imminent end times? What in the name of Lawrence Welk is going on?

"No, we haven't become a polka station," says Frank FM music director TJ Michaels in a recent phone call. "Though that would be an interesting business strategy."

Michaels explains that the 107.1 FM currently invading the Champlain Valley is not coming from his radio tower, but that of WNMR, which broadcasts on the same frequency across the lake in Dannemora, N.Y. Most recently that station was a sports talk radio outlet. But Michaels notes that WNMR has changed formats several times in recent years. And every time it does, the NY station's 1,000-watt signal overpowers Frank FM in the Champlain Valley.

"When they turn their towers on, we go dark from about Burlington to Richmond," says Michaels. His hands are tied, as WNMR is broadcasting legally and generally within its FCC-approved range. "There's not much we can do about it," he says.

So if it's not Frank FM, who turned on the lights at WNMR?

WNMR is owned by RadioActive LLC, a Kentucky-based company that owns the licenses to several stations around the country, including 97.9 FM WZXP, "the Album Station" in Bristol. RadioActive is solely owned by Randy Michaels, who was once the CEO of radio monolith Clear Channel Communications. But until July 2012, WNMR was operated by Jeff Loper through his Shelburne-based media company, Convergence Entertainment and Communications Media Group.

"We had issues with finding people to run the thing successfully, so I just basically walked away from it," says Loper of his departure from the station two years ago. Loper adds that he's heard there has been "some activity" with the station recently, but that he has no idea who might be operating it now. Indeed, an FCC filing reveals the station last went dark on April 26, 2104, and resumed operation on August 11.

Loper guesses the polka loop is simply a placeholder so that the station can maintain its FCC license. According to FCC regulations, if a radio station fails to broadcast a signal for 12 consecutive months, it loses its license. Stations can apply for "silent periods" of up to 180 days. But once that period expires, they are required to reapply for an additional silent period or resume broadcasting. So, to maintain FCC standing, dormant stations will often broadcast whatever they can to comply. But polka?

"It's probably a gag," says Loper. "But you'd really have to ask Randy Michaels about that."

Would that we could. Inquiries to Michaels through his lawyer, Miranda Repp, were unreturned. The phone number for RadioActive listed at the FCC website was out of service on repeated call attempts.

Russ Kinsley, who operates WZXP, helped build WNMR about 10 years ago. He's as mystified — and maybe excited — as anyone else about why the station is currently spinning oompah music.

"It's my new favorite station!" he says, chuckling. "My guess is that their silent period was up. So they turned it back on and put polka music on. But they could really put anything on, as long as they broadcast something. It happens all the time all over the country. So what do you do with a station in Dannemora, New York? Play polka music, I guess."

"[WNMR] has been trying to get on the air or have someone buy it for a long time now," says Dan Dubonnet. He's the senior vice president and general manager of local radio stations WOKO, WIZN, WJOY and WBTZ, all owned by Hall Communications. He agrees "the Barrel" is likely a maneuver to keep WNMR on the air.

"It seems kind of odd they would choose polka music," Dubonnet says. "But they have to at least put something on to give the appearance they are a viable license owner. If nothing else, they've got people yapping about them, which is exactly what you want."

Dubonnet says that radio stations will often broadcast teaser playlists before a new format is launched to build excitement. When his group launched KOOL 105.5 FM, for example, it broadcasted the Beach Boys nonstop for a week. Playing "Surfin' U.S.A." to promote an oldies station is an obvious, logical move. Could that really mean the Champlain Valley is about to lay claim to its own polka station?

For now we'll just have to stay tuned. In the meantime, dig on some Weird Al polka.