What I'm Watching: The Core 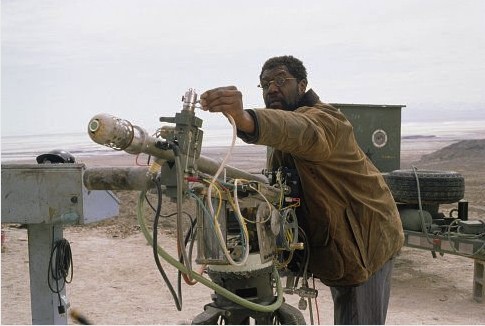 For some reason, I had the urge last weekend to revisit one of the most gloriously, gleefully preposterous films that I've ever seen: The 2003 sci-fi/disaster film The Core. I am happy to report that it does not disappoint — by which I mean that it remains profoundly silly. This is a quality I admire immensely.

Very little about The Core is not profoundly silly. Its premise, after all, is that a proverbial ragtag crew of mismatched oddballs can "restart" the flow of the molten metal at the center of the Earth. That molten metal has stopped moving, you see, quite possibly as a result of nefarious, government-funded experiments by one of the crew, the egotistical scientist Dr. Conrad Zimsky.

Under the guidance of another crackpot scientist who just happens to have figured out how to blast through solid rock with a beam of light, government forces construct, in just a couple of months, a subway-like vehicle that can withstand the intense heat and pressure at the Earth's core. This is because the vehicle is shielded by "unobtainium," a recently synthesized material that conveniently becomes stronger as the temperature to which it is subjected climbs. 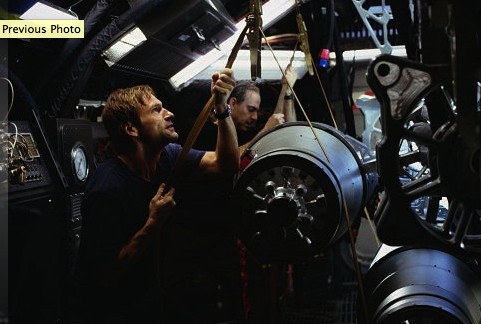 Just as unobtainium (a usage that predates Avatar's by six years) is a script device invented to exactly fulfill a highly esoteric narrative need, so are almost all of the film's story events just so.

An example: When the crew decides that the mission must be kept secret (for fear of worldwide panic), it enlists the World's Best Hacker to single-handedly suppress all internet chatter about weird geological occurrences. When a back-of-the-napkin recalculation reveals that the vehicle's cargo of nuclear warheads, which will be used to restart the core, will be insufficient, the hero simply uses the fuel rods from the vehicle's reactor to augment their explosion. He just, you know, hauls the fuel rods up, slaps 'em next to the atom bomb, and there you have it. If only he'd exaggeratedly slapped the dust from his hands in a "Well, that's that, then" gesture.

Such a gesture would not be inappropriate in The Core, as tongue-in-cheek a film as I've ever seen. Stanley Tucci, in his zanily snooty performance as Dr. Zimsky, seems to get the joke better than do most of the other actors, but you can almost see the barely suppressed smiles on everyone's faces.

The Core fairly invites viewers to challenge the "science" that it lays down. The Earth's core is now estimated to be about 6,000 degrees Celsius, a temperature at which iron flows like water. Not to mention the pressure of more than three million atmospheres, which would crush a 10-meter block of lead to the size of a pebble. Yet that little unobtainium-shielded vehicle just zips right along like it's cutting through orange Jell-O.

At one point, one of the characters has to venture into a 900-degree chamber. Rather than bursting into flames immediately, he is perfectly able to make a mechanical alteration that permits the ship to remain intact. Indeed, The Core has apparently been voted, by more than one organization, the film with the most inaccurate depiction of things scientific.

Normally, I'm happy to look past scientific inaccuracies in fiction films, precisely because they are, you know, fiction. In most cases, I find it bizarre that so many critics use "realism" as a yardstick for judging the value of fiction films. Fiction is the realm in which we engage in imaginative play; science fiction is especially tolerant of events and ideas that are, to put it charitably, on the margins of actual science.

Watching The Core again, I felt that most of the film's pleasure lies in not just noticing but reveling in its hilarious and goofy depictions of science. Had the film been made as a serious, fact-based attempt to convince viewers that messing around with the Earth's molten metal core is dangerous, then it would be insulting. As it is, it's a very silly movie whose makers seem to have been in on the joke.

Perhaps the film's true value, though, is as the inspiration for a drinking game. Take a sip every time the film presents a scientific inaccuracy. You'll be hammered 10 minutes in.