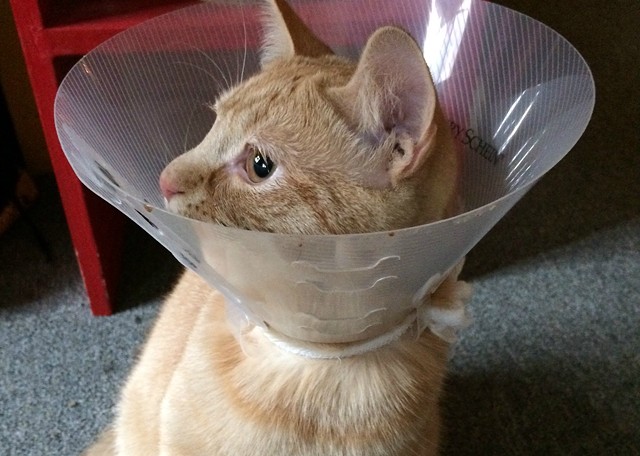 If you're one of those people who giggles uncontrollably at the cat photos and videos on, say, Buzz Feed, then have I got an opportunity for you! That is, if you own a cat, or, better yet, more than one cat. (And I totally wanted to rip off the Buzz Feed photo of a cat contemplating life with its adorable little duck for this post, but couldn't because of that copyright thing. Instead, I thank Seven Days designer Diane Sullivan, who always has plenty of kitty pics on her iPhone.)

Anyway, Middlebury's Town Hall Theater — known for its innovative fundraisers — is hosting an event that is actually a fundraiser for the theater and Homeward Bound, Addison County's Humane Society. It's called the Internet Cat Video Festival, and it was created by the Walker Arts Center in Minneapolis, Minn. For its event on September 13, Town Hall Theater will be screening entertaining cat videos from around the globe.

And here's the cool part: One of them could be yours!

"We want local folks to show off their own funny cat videos, too," said THT operations manager Haley Rice in a press release. "If you catch your cat being weird, or funny, or adorable, or just being a cat, send the video to us. Your cat could be an overnight star."

And since your cat already knows that he or she is awesome, why not toss your video in the ring? To submit one — no more than 30 seconds long! — go here. Submission deadline is August 30.

Then, between September 1 and 12, members of the public will be invited to vote for their favorite video here.

Tickets are already on sale for the Cat Video Festival, showing twice on Saturday, September 13, at 2 and 7 p.m., on the THT website.