A Week of Cinephilia at VCFA | Live Culture

A Week of Cinephilia at VCFA 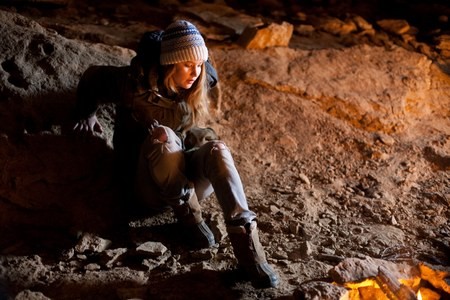 "Film lovers are sick people." So said filmmaker and film theorist François Truffaut in one of his more quotable moments. Vermonters suffering from a case of cine-sickness might find a bit more of what ails 'em by heading next week to Montpelier.

There, the Vermont College of Fine Arts has assembled a week of treats for cinephiles: screenings, talks, interviews and transmedia projects, all with an emphasis on the current American independent cinema. From Monday, April 28, to Thursday, May 1, the Savoy Theater, where all events will take place, will be the state's de facto epicenter of film.

Kicking things off is a screening of Andrew Bujalski's acclaimed and charmingly odd film Computer Chess, to be followed by a Skype conversation with the director. This low-budget, black-and-white film about nerds, computers and chess has had surprisingly long legs, playing in festivals long after its release and building up a small cult following.

Independent director Deborah Granik will be spotlighted on April 29, when attendees will be given a preview of her latest work. Granik is best known for the award-winning drama Winter's Bone, which screens later that day at VCFA.

VCFA will also feature, during the same cinema-packed week, the work of directors Elaine McMillion Sheldon and Cherien Dabis, thus drawing particular attention to groundbreaking films by female media artists. Sheldon will be on hand to take audiences through her transmedia project Hollow, a documentary about rural life in West Virginia; Dabis' acclaimed drama Amreeka, about a Palestinian family living in Indiana, will wrap up the week's rich cinematic offerings. 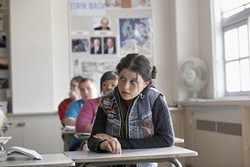 Not all the events have to do with current indie cinema. A pair of talks on April 30 will offer new and personal perspectives on classic films. Rick Winston, former co-owner of the Savoy, will present and discuss Stanley Kubrick's antiwar classic Paths of Glory, and veteran cinematographer Denis Maloney will speak on his career and craft.

All events are free and open to the public but require ticket reservations. For more information, visit vcfa.edu/film-events.