April 22, 2014
The Center for Cartoon Studies in White River Junction just announced its 2014 commencement speaker: Kazu Kibuishi, who created the best-selling Amulet graphic novel series and illustrated the new covers for the Harry Potter series, created for the 2013 re-release of the series' U.S. editions. 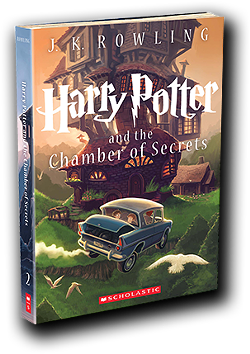 Kibuishi was born in Tokyo but raised in California from childhood. While studying film at the University of California at Santa Barbara, he began drawing comics for the student newspaper. In 2004, he launched a critically acclaimed comics anthology called Flight.

In an interview with Multiversity Comics, a website run by cartoon enthusiasts, Kibuishi explained that when Scholastic approached him with the Harry Potter project, he'd initially felt surprised:

"I love the originals and thought they shouldn’t really touch those, but then I began to realize that many of the kids reading my books weren’t old enough to be Harry Potter readers (something I confirmed on recent visits to elementary schools and libraries). They are just beginning to read longer and more complex works of fiction, and what better set of books to introduce than Harry Potter?


Kibuishi will speak at CCS' commencement ceremony on Saturday, May 17, 11 a.m. at the Briggs Opera House in White River Junction.