Burlington Author Nancy Stearns Bercaw Delves Into the Other Side of Alzheimer's: Caregiving | Live Culture

Burlington Author Nancy Stearns Bercaw Delves Into the Other Side of Alzheimer's: Caregiving 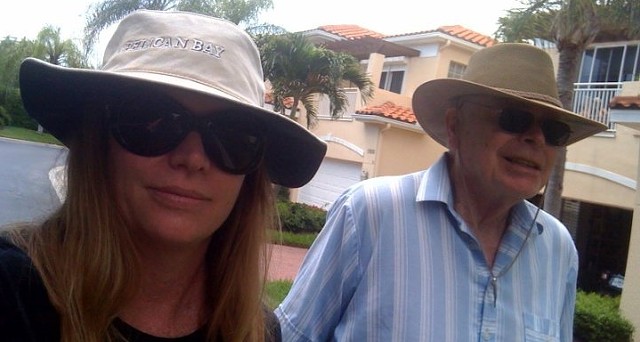 Nancy Stearns Bercaw's father, Dr. Beau Bercaw, was a neuroscientist whose greatest fear became his life's obsession — and then a reality.

Beau began his career in neuroscience after watching his own father succumb to Alzheimer's disease, as his daughter Nancy recalls in her book Brain in a Jar (Broadstone Books), published last year. Beau spent decades experimenting with vitamins, supplements and various medications that promised to renew brain cells and fight off the degenerative brain disease. He even kept his father's autopsied brain in a jar on his desk as a constant reminder.

"Consequently, grandpa’s gray matter and my dad’s macabre dread became the center of my childhood universe," writes Bercaw in "Living Without Math," a short story selected for inclusion in Chicken Soup for the Soul: Living With Alzheimer's and Other Dementias.

The anthology, which will be published on April 22, puts a big emphasis on the struggles of family caregivers.

"It's really the only disease where you have two deaths," notes Bercaw, a frequent contributor to Seven Days and Kids VT, in a recent phone interview. "You have the death of a functioning mind and of memory, and virtually, for all practical purposes, your loved one is gone from you in terms of relationships. Then you have the physical death.

"And then," she adds, "the suffering turns onto the caregiver ... It becomes a disesase of the caregiver and the family as well."

"Living Without Math" brings readers into similar territory as Brain in a Jar, which received widespread praise. (In the foreward to the book, former senator Bob Kerrey and former Speaker of the House Newt Gingrich, who co-chaired the 2007 Alzheimer's Study Group, called it “an American-gothic tale of love, grief, genetics, obsession, adventure, fear and courage.”)

The book, like the short story, delves deeply into an adoring father-daughter relationship, the complexities of identity, the terror of hereditary disease, and the devastating experience of loss.

Ironically, Bercaw says, she spent much of her life deflecting conversations about Alzheimer's. "I wanted no part of [thinking about the disease] because of my father’s obsession," she says. "But it was coming for me anyway, like it was in my gene pool."


In "Living Without Math," however, the author puts a heavy emphasis on acceptance. "The point of my piece for [Chicken Soup] is just keep loving the person, even if their brain is shrinking and they’ve lost their memories," Bercaw says.

The overwhelmingly positive response to Brain in a Jar positioned Bercaw to actively advocate for Alzheimer's research. She's a strong supporter of the national Alzheimer's Association, which funds research and hopes to find a cure for dementia diseases by 2025.


Bercaw is committed to writing and speaking about the illness in deeply personal and open ways. Until recently, she says, there was a culture of shame around the illness — and her father and her family's initial reaction to Alzheimer's was an example of that.

"It’s not his fault he got it, it’s not anybody’s fault," she says. "It could happen to anyone. And if we don’t talk about it and we don’t lobby for funding, we’ll keep losing people."