What's Up With All the Musicals: The Musical! | Live Culture

What's Up With All the Musicals: The Musical! 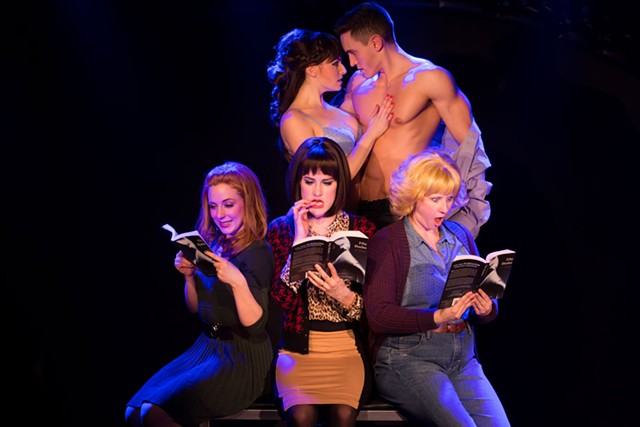 In the past few years Vermont has seen  Parenting 101: The Musical ("for anyone who's ever been a parent or had a parent') and Menopause: The Musical ("the hilarious celebration of women and The Change"). Last week, we heard from the Barre Opera House that a touring production of Assisted Living: The Musical  this way cometh. Yes, really. Think an eccentric cast of coots at the Pelican Roost. Then, of course, there's Urinetown: The Musical (starting this week at UVM).

And speaking of coming, today the Flynn Center for the Performing Arts in Burlington exclaimed the triumphant return of 50 Shades! The Musical ("a sexy, hysterical musical romp").

Which of course got us peeps here at Seven Days thinking about our own wacky, LOL romps. Only we don't have time to write musicals, so we just took a few minutes on a busy production day to spew a bunch of titles and tag lines. Naturally, we just have to share. Be warned, though, that some of the following are un-PC and likely to offend ... someone.

Viagra Monologues: The Musical — "The Centrum Silver set comes clean about getting up — or not!"

Hip and Hipster: The Musical — "An unemployed twentysomething rocker moves in with his elderly dad, who's fallen and can't get up. Or get down!"

Heady Topper: The Musical — "Tickets on sale at select locations nobody will tell you about"

Vermont Health Connect: the Musical — "Spend two hours at the edge of your seat, only to be disconnected"


Shummy: the Musical — "Vermont's smooth political crooner tells tales that will send you running for the shower"

Colonoscopy: The Musical — "The inside scoop!"

Retweet: #TheMusical — "One millennial's efforts to engage with her favorite brand — but will she ever get followed back?"

Small Town Cops: The Musical — "Can't beat it with a nightstick!"

C-Sections: The Musical — "A hilarious slice of life in the OR"

One exuberant 7dazer went to town on titles but skipped the tag lines:

And this guy clearly needs to see Assisted Living:

Don't judge us, just come up with your own! It's a hilarious romp!