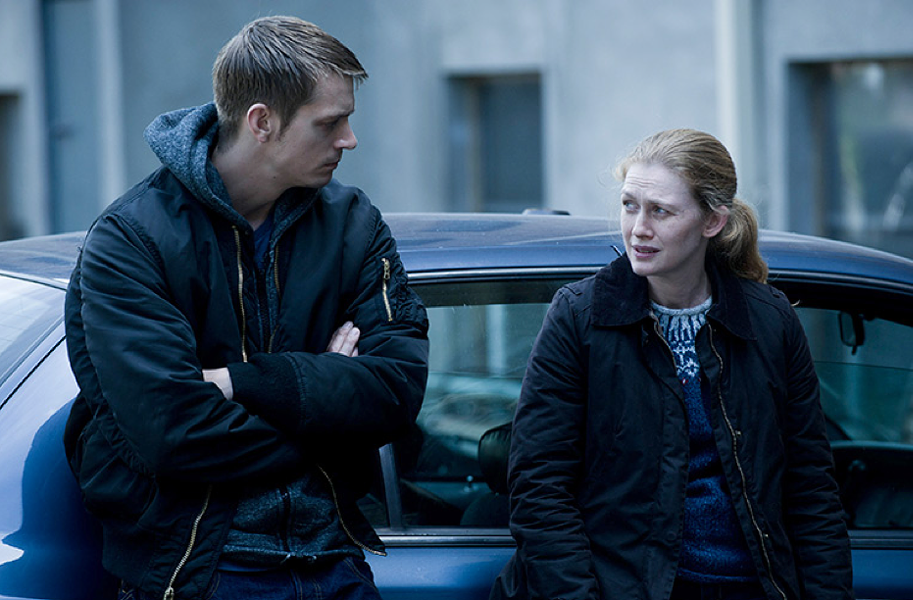 This week in movies TV you missed: I watch the third season of an AMC show that any sane person would have chosen to miss. And it's good.

If you were lucky enough to miss the first two seasons of "The Killing," keep missing them. They have virtually no bearing on season 3, which starts, naturally, with a killing.

The corpse of a nearly decapitated teenage prostitute turns up in an abandoned building, and Seattle homicide detectives Stephen Holder (Joel Kinnaman) and his cynical new partner (Gregg Henry) are on the case. The partner suggests they fob the probably unsolvable murder off on someone else. But the mutilation of the corpse suggests a link to another killing for which low-lifer Ray Seward (Peter Sarsgaard) has been sentenced to death. Holder knows his former partner, Sarah Linden (Mireille Enos), worked that case. In fact, she was obsessed with it.

Could a still-active serial killer be responsible for both murders? Linden, who always suspected Seward was wrongly convicted, comes out of her peaceful retirement to find out.

Meanwhile, another teen prostitute goes missing. And there are a whole lotta corpses floating in a desolate pond. 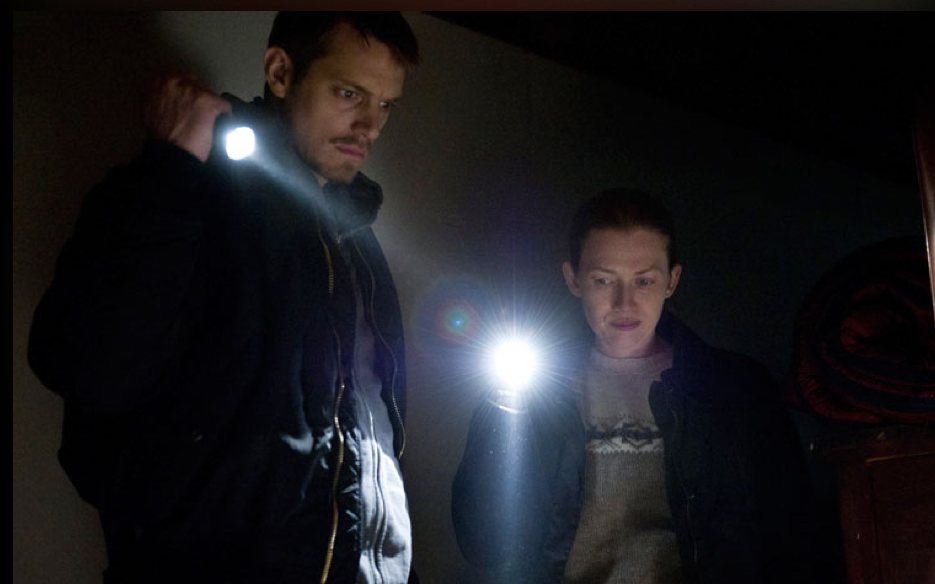 Serialized TV dramas tend to be an all-or-nothing proposition. You don't just catch an episode here and there. Either you're addicted to "Mad Men," or you're perfectly happy missing out on the entire run.

When such a TV show gets people hooked early and then pisses all over their commitment, viewers get angry, as the short-lived meme "Fuck You, The Killing" testifies.

Based on the acclaimed Danish series "Forbrydelsen," "The Killing" originally set out to solve the murder of a Seattle teen named Rosie Larsen. Twenty-six episodes later, viewers found out who done it, but by that time, few cared. Circuitous dead ends, red herrings and endless, tiresome subplots had killed their interest. Showrunner Veena Sud didn't help matters with her "whatever" reaction to viewers' outrage after the season 1 finale.

I was among those who loved the show's dark, moody atmosphere (a self-conscious echo of "Twin Peaks") but quickly gave up on its storytelling. I'd heard vague good things about season 3, but this seemed like a clear case of "fool me once..."


But Netflix kept recommending the damn show (it's on Instant; also Amazon Instant). And I got sick and felt like burning through a mindless mystery with lots of shots of rain- and neon-smeared windshields. And I liked Kinnaman in RoboCop. So I said, "fuck you, 'The Killing'" to season 2 and started with 3.

Here's why season 3 of "The Killing" was actually worth my time:

1. The mystery gets solved.
In 10 episodes, we get a confession. I won't say it's the most plausible solution I've ever seen, but as a TV whodunit, this works.

2. The detectives remain awesome.
Enos and Kinnaman were always the main strength of the show, which launched movie careers for them both (she costarred with Brad Pitt in World War Z). Linden and Holder are a mismatched pair of screw-ups: She wears huge sweaters, he wears hoodies. She was a foster child and spent time in a psych ward; he's a recovering tweaker. She stares glumly and speaks rarely; he carries on in a "street" cadence that suggests a very white person who's watched "The Wire" too many times.

Yet they have a bizarrely touching rapport. She gives the orders; he entices her to crack the occasional smile at his middle-school humor. And this season, she bums seemingly hundreds of his cigarettes. (Yes, Linden quit trying to quit. No more of that incessant season 1 gum chewing.) 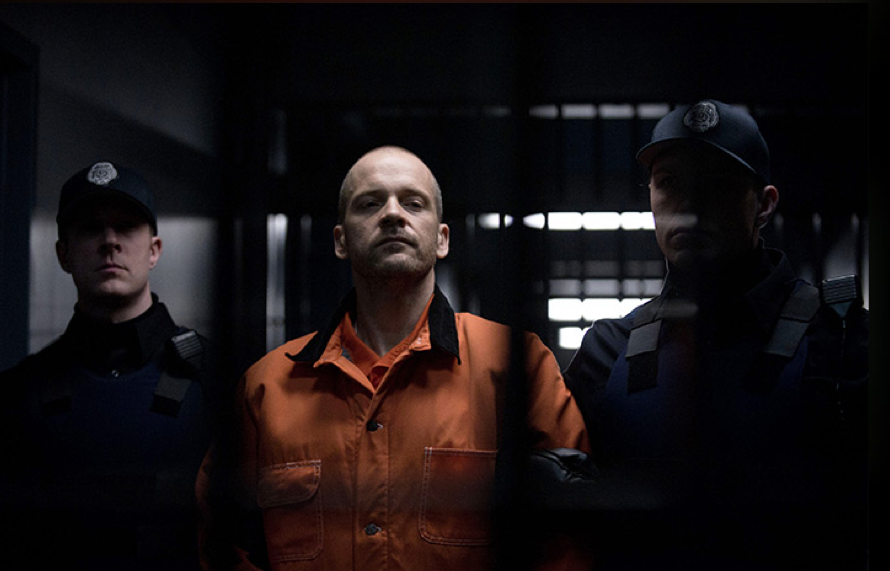 3. The annoying supporting characters have been replaced by compelling ones.
Gone is Billy Campbell's idealistic mayoral candidate. Gone are Rosie Larsen's interminably grieving parents. Gone is Linden's whiny teenage son, who kept reminding her she was supposed to have a real life. She sent him to live with his dad, and she feels bad about that, but I sure don't.

Instead, we get Sarsgaard's masterful, slow-burn performance as a death row prisoner. It starts out show-offy, with shades of Anthony Hopkins as Hannibal Lecter. But as Seward's execution date approaches, he starts to show his vulnerability and, by the end, I challenge anyone not to care about his fate. The episode "Six Minutes," in which Linden tries to get him a last-minute stay, is one of the best I've seen on TV.

Also good are Canadian character actor Elias Koteas as the new PD lieutenant (and Linden's former lover); indie actress/director Amy Seimetz as the missing girl's strung-out mom; and especially Bex Taylor-Klaus as Bullet, the friend who's determined to solve her disappearance. Bullet, a teenage lesbian who passes as a boy on the street, is one of those tough-yet-vulnerable characters that cop shows love to use to manipulate our emotions. It works.

4. The dead ends are entertainingly pulpy detours through the underbelly of Seattle.
This is what the show was always striving for with its would-be-Dickensian plotting, but rarely achieved. This time around, we get to visit a motel where Grace Zabriskie (Laura Palmer's mom on "Twin Peaks") presides regally over the front desk, raising a terrifying eyebrow at intruders. Seedy little flourishes like that are why I watch noir shows.

Verdict: I went in knowing that AMC cancelled "The Killing" after season 3. What I didn't know was that Netflix had stepped in to resuscitate the "zombie show" with a final six episodes. Now I can't wait. The show has finally become what it could always have been: a solidly entertaining procedural with quirky flourishes and occasional moments of greatness.

Son of God tells the Jesus story, this time not just the Passion part. Liam Neeson hits people in Non-Stop. Catch The Great Beauty at the Palace before it (very possibly) wins a Best Foreign Film Oscar.

On DVD and VOD: Blue Is the Warmest Color, Gravity, Nebraska, Mr. Nobody, Narco Cultura, Thor: The Dark World.