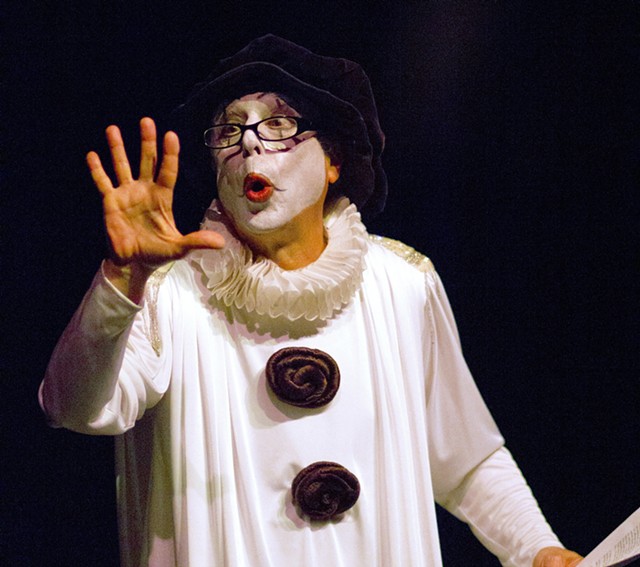 Jacobson doesn't want to give too much away, but he told Seven Days earlier this month that the show would include clowns, flashing lights, lots of movement and no puppets or masks. And, no, you don't need to have a threadbare copy of Waiting for Godot on your bookshelf to enjoy Jacobson's play.

“You wouldn’t know it from the title, but it’s a comedy,” he says. “And even though it’s about Samuel Beckett, a person can go in there not knowing who he is and still enjoy the show … It both ridicules and reveres Beckett, almost simultaneously.”

Founding artistic director of LNT Kim Bent, a longtime acquaintance of Jacobson's, offers that the play was born from his “deep love” of the Irish-born playwright.


“In ways it’s a dialogue with Beckett,” Bent says of Adapted. “It’s different from his other work, which focuses on puppets, but this is him as a performer with a mostly bare stage, just trying to get through the evening — struggling and making his way forward in a very scary environment.”