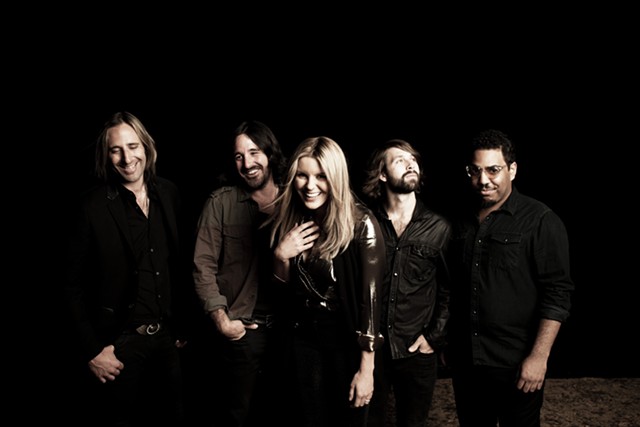 Sure, Grace Potter & the Nocturnals'  Grand Point North Festival is still some seven months away. But that doesn't mean it's too early to start planning ahead, right? Actually, it totally is. But whatever. It's a slow news week.

This morning an event occurred that will delight hardcore Potterheads and degenerate gamblers alike. The former group will be psyched to learn that VIP tickets for this year's fest are now on sale. As for the latter — who are not necessarily mutually exclusive from the former — they may be intrigued by another ticketing option that also went live today: "Blind Faith" tickets. (And no, "Blind Faith" has nothing to do with the late 1960s British supergroup of the same name featuring Eric Clapton and Steve Winwood. At least as far as we know.)

As of this writing, there have been no lineup announcements regarding GPN 2014. (See: Seven freakin' months away, above.) So the only certainty is that Potter and her merry band of insomniacs will be there. However, if you're willing to roll the dice on the band's reputation for annually inviting top-notch talent to join them at Burlington's Waterfront Park in September, you can save some dough by ordering your tickets now and trusting that GPN will again deliver the big-name goods — hence "Blind Faith" tickets.

The $59 early-bird price tag for a two-day pass is actually a pretty deep discount, considering that two-day passes last year were $79. And, hey, since the 2014 lineup is still a mystery, we're not not saying Clapton, Winwood, et al. won't show up. [Editor's note: They won't.]

So do you feel lucky, punk?

Grand Point North is slated for September 13 & 14 at Burlington's Waterfront Park. Tickets are on sale here.