This week in movies you missed: We reach the end of this year's Oscar-nominated documentaries. Those are The Act of Killing, The Square, Cutie and the Boxer, 20 Feet From Stardom (which doesn't qualify as an MYM) and now this documentary about covert U.S. counterterrorism efforts from director Richard Rowley and journalist Jeremy Scahill.

Maverick war correspondent Jeremy Scahill (of the Nation) is hanging around Kabul, getting sick of reporting on canned news from the war zone. He heads out to rural Gardez, where a family tells him a harrowing story of the "American Taliban" soldiers who raided a celebration and killed several of them, including pregnant women.

Scahill starts digging into the evidence to find out who's responsible for this mistaken attack on Afghan civilians — and for covering it up. He learns about the Joint Special Operations Command (JSOC), the elite unit that would later become famous for killing Osama bin Laden.

Scahill tries to return to his normal life in Brooklyn, but he just can't let the story go. He ends up traveling from Yemen to Somalia in search of victims of this covert U.S. counterterrorist effort, and meets with a Deep Throat-type informant who suggests that JSOC is actually creating more new terrorists than it eliminates.

All the while, our hero gets more and more scruffy and haggard, his eyes haunted by the specters of bereaved children and grieving parents. His attempts to speak truth to power net him lots of talk-show appearances, but little attention from Congress. 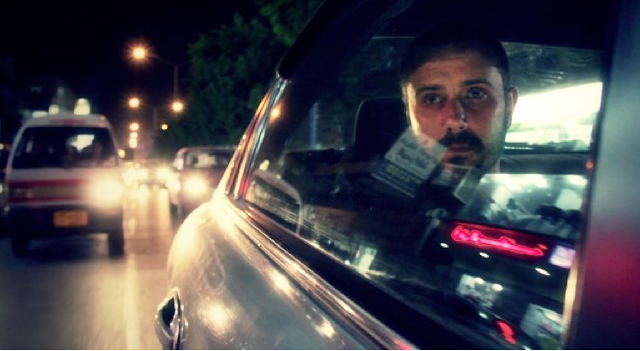 Two things stand out for me about Dirty Wars:

1. If my above description seems a little purple and a lot focused on Scahill (pictured right), that's because the movie is. Dirty Wars has been shaped as a moody, almost noirish drama with the journalist as its hero. It's way nicer to look at than your basic talking-heads documentary — it won a cinematography award at Sundance — but it does raise questions.

The filmmakers make choices that place Scahill front and center at every turn. For instance: Never mind that a different guy actually broke the Gardez story — Scahill interviews him, but only after dramatizing his own discovery of the family with no mention of the other reporter. No surprise, then, that some have taken Scahill and Rowley to task for their approach.

Both are movies that combine facts and narrative storytelling to paint a far-from-neutral picture of U.S. counterterrorism. Both involve stories of dramatically failed raids on suspected Taliban operatives.

And the pictures they paint are exact opposites.

Lone Survivor is about the heroism of Navy SEALS who lay down their lives to protect Americans while abiding by the strict Rules of Engagement. The movie none too subtly implies that we should stop second-guessing the brave men who are dying for us, and makes its point with a long, horrific, masterfully staged battle scene in which they do just that. The only non-Americans who are presented positively in the film are the ones who help out Americans.

(For the record: My colleague Rick Kisonak has a different spin on the film. Here's his review.)

In Dirty Wars, the guy who second-guesses the SEALS (and their fellow operatives) is the hero. He endures sleepless nights and ventures into dangerous places to bring the truth to light. He makes his point with long, horrific, masterfully edited combinations of interviews and reenactments in which we learn how it feels to see your family massacred. He rarely interviews the guys who do (or have done) this killing unless they renounce it as absolutely unjustified.

Both films are well made and compelling, and both are propaganda, which doesn't mean they don't also contains facts and truths. Here's a comprehensive critique of Lone Survivor from two bloggers who don't have an obvious partisan agenda. I wish they had done something similar for Dirty Wars. But for now, here's a piece that acknowledges both its strengths and its strategic omission of some context.

Verdict: Dirty Wars made me want to go read books and learn more about JSOC, including perspectives beyond Scahill's.

And ... who will win Best Documentary at the Oscars?

My bet: The Square. Being about current events, it's likely to be viewed as more "important" than Cutie or the feel-good music doc 20 Feet. But it's not as potentially divisive (in the U.S., anyway) as Dirty Wars or as creepy and disturbing as The Act of Killing.

My choice: The Act of Killing, perhaps the best movie I saw last year, period.

Catch the Oscar-nominated short films at both the Savoy and Roxy.

Meanwhile, George Clooney leads The Monuments Men, teen girls go to Vampire Academy, and LEGO toys do LEGO things in The LEGO Movie, which is getting great reviews so far.

Film Movies Movies You Missed Movies you missed Web Only