No New Lease for Winooski Circle Arts — Yet | Live Culture

No New Lease for Winooski Circle Arts — Yet 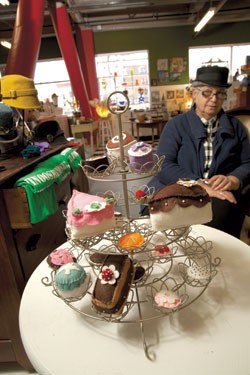 Last December we reported in Seven Days that Liza Cowan and Jodi Harrington had launched Winooski Circle Arts, featuring artworks and gift items by local artists, at a sunny venue on the Winooski traffic circle. In January, Cowan told us the landlord was not renewing their lease and they would be closing up the shop on January 15. However, she was in negotiations for another location nearby.

Today Cowan let us know the unhappy news: "Negotiations failed for the new lease for Winooski Circle Arts. So no store, at least for the time being."

Cowan and Harrington both have been avid supporters and purveyors of local arts, and we're certain this isn't the end of the story. "We will have to see what the future brings," Cowan says.

File photo of Cowan in the shop by Matthew Thorsen.